This morning I was looking through some photographs taken during my time working for ERF Ltd in Middlewich (1974 - 2001) and, among all the photos of trucks, fork-lifts, pallets and boring workaday stuff, found this photograph, which struck a rather sinister note and reminded me of just one of the hundreds of truck drivers who came to the site over those twenty seven years. 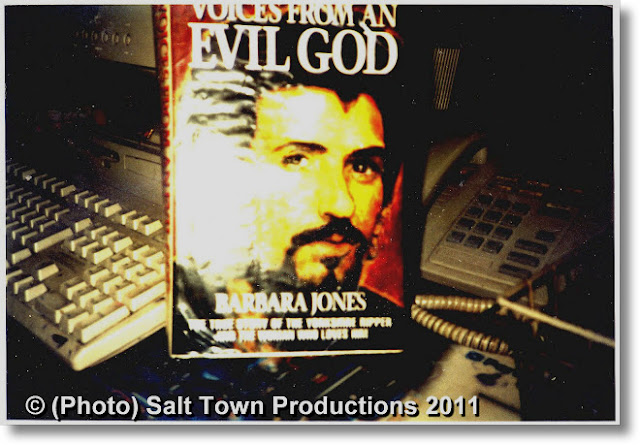 One of ERF's biggest suppliers was Kirkstall Forge Engineering of Leeds (later part of
the GKN Group) and most of their deliveries were made by a transport firm called Clark's.
The 'Yorkshire Ripper' murders which took place during the years 1975 - 1981 gripped the entire nation and, in particular, the North of England. The murderer seemed to  possess almost supernatural powers which enabled him to escape without detection from the scenes of his appalling crimes time and time again. Of course, as it turned out,  he had no supernatural powers at all, but he did have extraordinary luck.
ERF Middlewich had a constant stream of spares deliveries from early in the morning until early evening and some of the drivers would drop into the Goods Inward office to eat their sandwiches. Clark's driver, Peter Sutcliffe, a quiet, softly-spoken little man with strange eyes and a camouflage army 'bush hat' always seemed to arrive around lunch time and would sit with us, telling us about his life - how his wife Sonia was 'very artistic' and was planning to set up her own pottery business; how they were re-decorating their new house and all the other tedious little details of everyday life which everyone talks about.
Occasionally we would all comment on the news of the day (we were well supplied with daily  newspapers, taking in The S*n, The Mirror and The Daily Star every day) and the 'Ripper' murders, which filled the tabloids for days on end  were always cause for comment.
'He's Mad,' 'I hope they string him up when they catch him', 'He should be shot' - the usual remarks flowed whenever the subject came up. And, of course, Peter Sutcliffe joined in with the rest of us.
When the truth came out our colleagues at ERF Sandbach, where Sutcliffe also made deliveries, reported that on one occasion he had parked his truck in front of the entrance to the company's Sun Works, which was immediately adjacent to Sandbach Magistrate's Court in Middlewich Road, and shouted abuse at a prisoner who had been brought in for a preliminary hearing accused of murder. Whether this is true or not, I can't say.
Now, thirty years on,Sun Works has gone, and so has the Magistrates Court.
In 2015 the building disappeared to make way for a sheltered housing scheme.
What did happen when the truth came out was that we immediately rushed to our 'returnable empties book', where details of empty pallets returned to Kirkstall Forge were recorded, and found umpteen carbon copies of Peter Sutcliffe's signature.
Unfortunately for us, before we could do anything about it, a foreman from the repair shop borrowed one of these signatures and sold it to the Evening Sentinel for £40, effectively destroying the market in Sutcliffe signatures.
Naturally we were all a little bit stunned at having on several occasions been in the company of Britain's most notorious serial killer and I, at least, have taken a great interest in the case ever since. Hence the photograph above of Barbara Jones' book Voices From An Evil God (Blake Hardbacks, 1992) sitting among the computer equipment and telephones of the Goods Inward office. I took it into work for a little light lunch time reading. The over-dramatic lighting, by the way, is not deliberate - it came about because of the camera's flash bouncing off the book's cellophane dust-jacket.
In truth Peter Sutcliffe was quite well know in the Middlewich area, as he was in many other towns throughout the North of England. He certainly made regular visits to British Salt. This is, of course, only to be expected from someone whose trade was delivering goods to industrial firms all over the regions on both side of the Pennines. 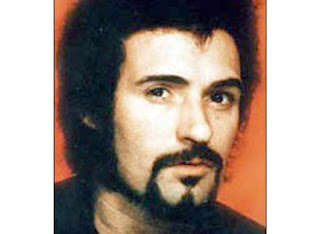 UPDATE (1st December 2015)
In early December 2015 psychiatrists at Broadmoor, where Peter Sutcliffe had been detained since 1984, determined that he was 'no longer insane' and was fit to be moved to a conventional prison.

UPDATE (26th August 2016)
On the 25th August 2016 it was announced that Sutcliffe, now calling himself Peter Coonan, had been moved from Broadmoor to Frankland Jail In Co. Durham, A spokesman said that Coonan would continue to be under observation because of his psychiatric condition and would 'never' be released.
UPDATE (25th February 2022)
Sutcliffe/Coonan died in 2020:

P.S. The telephone which you can just make out in the background was rescued from a skip when ERF Middlewich closed in 2000 and was the Middlewich Diary office telephone until October 2015 when it was finally scrapped while we were moving house. Waste Not Want Not!