Malcolm Hough of Andersen Boats in Wych House Lane has sent us some colour shots of the River Croco, which runs alongside the Trent & Mersey Canal as it makes its way though the middle of the town, during times of excessive rainfall in the mid-1980s

He writes:
'These photos are taken from colour slides showing the River Croco overflowing into the canal in the mid 1980's. We had lived in Wych House Lane for around 10 years when this happened, and it was the first time that we had witnessed this event, although we have seen it happen more than a dozen times since then.' 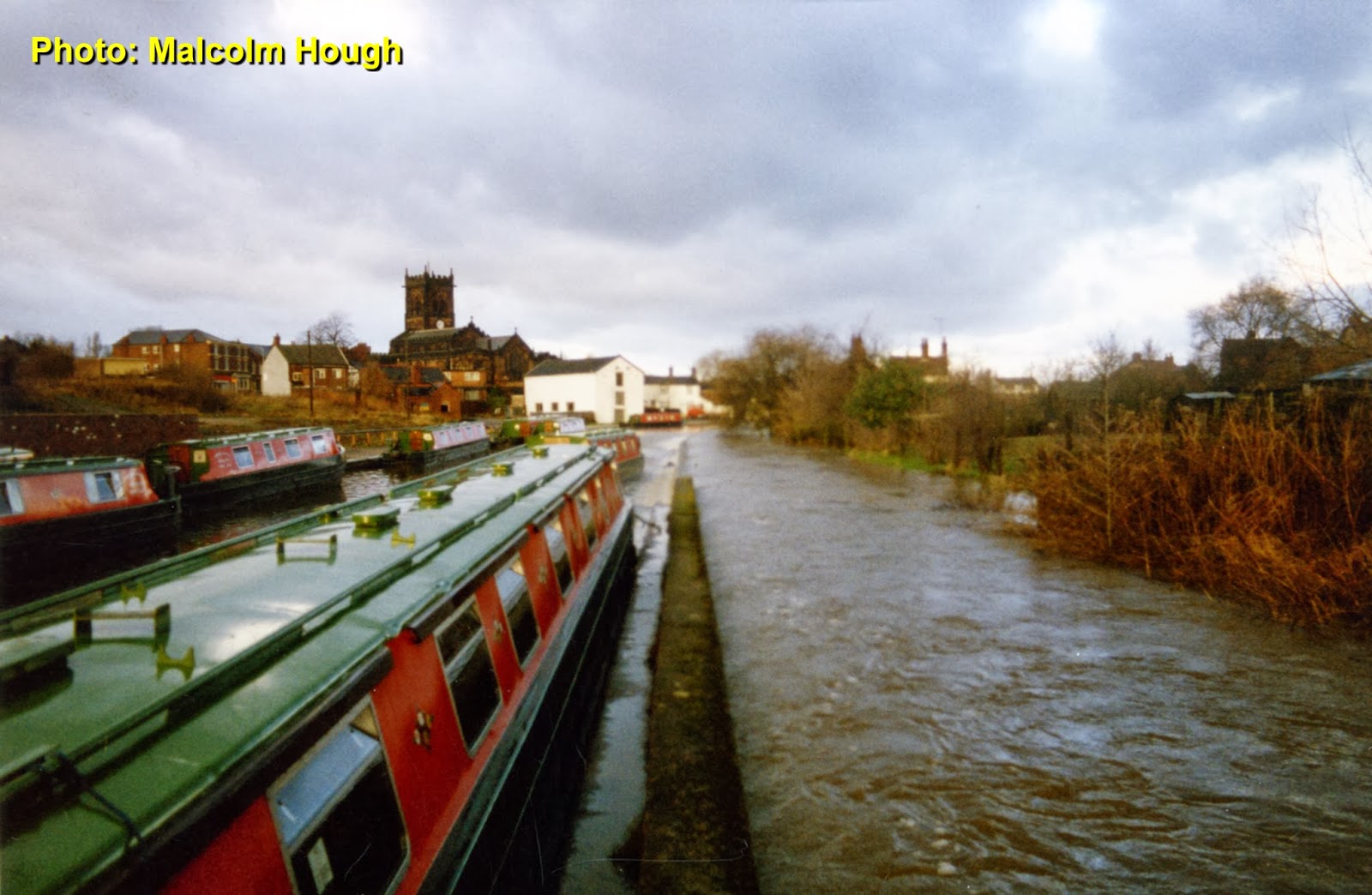 When the Trent & Mersey Canal was built in 1776 the River Croco, which had previously 'meandered all over the valley bottom' as it made its way through Middlewich, was channelled alongside the canal from Brooks Lane to the edge of Harbutt's Field where it joins the River Dane, and made to serve as an overflow for excess water from the canal. On rare occasions, however, the flow of water runs in the opposite direction, as we'll see in these photos.
This picture appears to have been taken from the concrete causeway which normally divides the canal and river. The position of the boats in the picture below will give an approximation of the viewpoint  In the distance, towards the cluster of whitewashed buildings on the Town Wharf, you can see that the water level of the river is beginning to get higher than that of the canal.
To the left we can see that the old Wych House Lane salt works has vanished, along with the C of E School, the Wesleyan Chapel and most of the other buildings on the site. The building of the Salinae Centre which now occupies a lot of the site was still ten years in the future at this time. 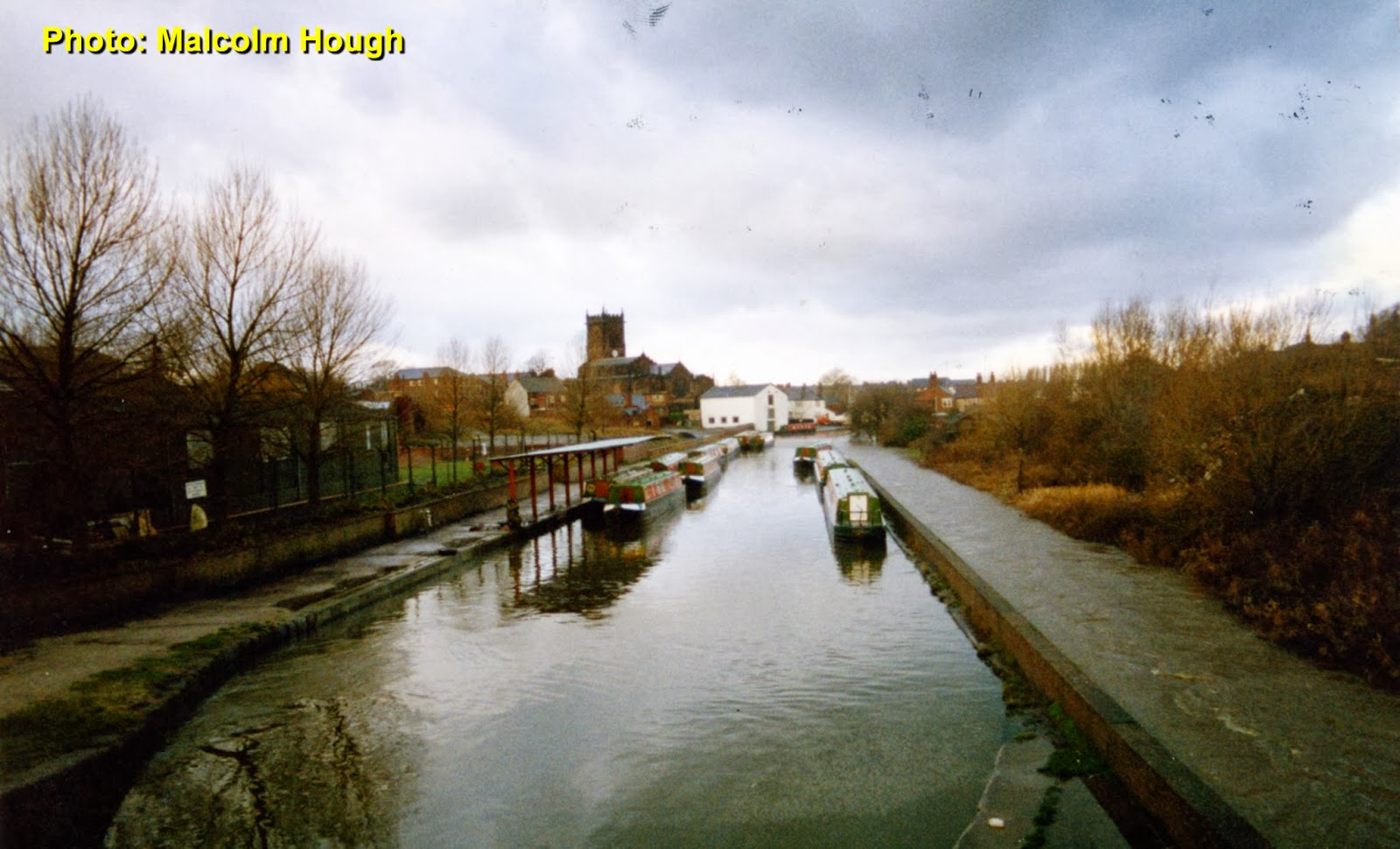 The second shot seems to have been taken from lock no 74 (also known as Middlewich Bottom Lock). Andersen's boatyard can be seen on the left hand side of the picture. 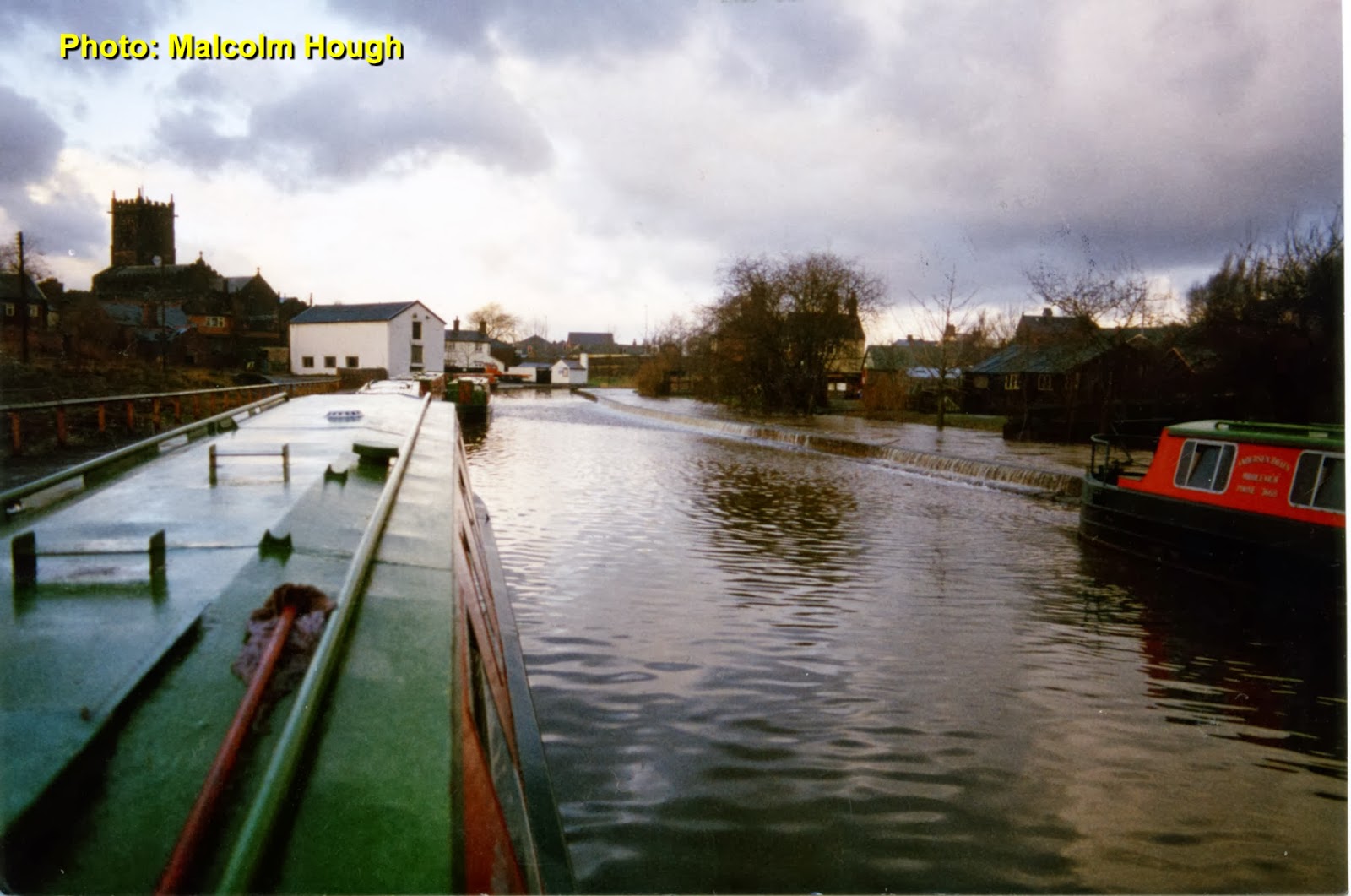 This photo was taken from the stern of one of the boats seen moored by the boatyard in the above picture. It can be seen that the level of the River Croco has now risen higher than that of the canal, and water has begun to pour in the 'wrong' direction. Note, centre left, the small whitewashed building with the chimney on the Town Wharf. This building disappeared suddenly a few years ago. 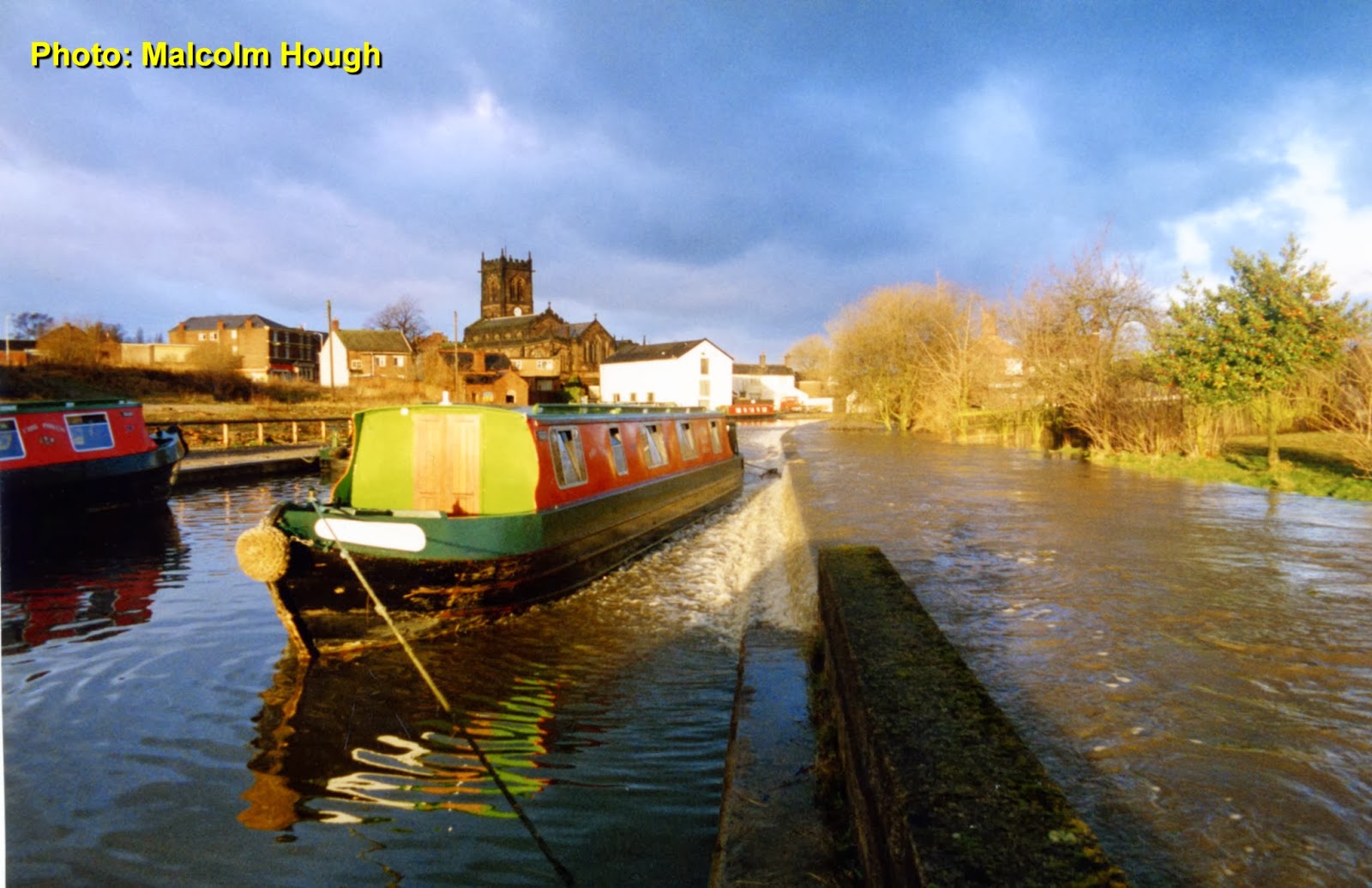 The final picture was taken further along the concrete causeway, closer to the Town Wharf and near to Seabank on the right.

UPDATE: 31st July 2019. As you'll have gathered, this is a very rare occurrence, but exactly the same thing happened on the 31st July 2019 after excessive rain. This Diary entry was re-published to mark the occasion. - Ed.

Malcolm writes: 'This was at the bottom of Joe Sproston's garden (off Sea Bank), where there was a rabbit warren.We never saw a rabbit for years after this flood. There is also a nice view of Hightown to the left of this image'.