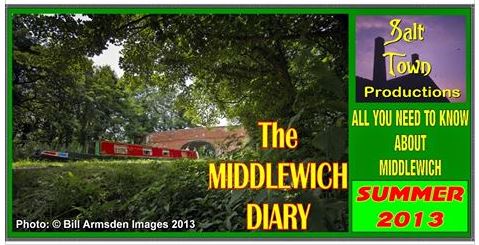 Our masthead for Summer 2013 featured a photograph by local photographer Bill Armsden taken on the Middlewich Branch of the Shropshire Union Canal.
The bridge, one of many of this style in the district is, unusually, not whitewashed like most such structures. It carries the back road, Coal Pit Lane, which runs from Chester Road to Stanthorne Crossroads near Wimboldsley.
Many people have remarked on the beauty of Britain's canals in modern times and the contrast between their appearance during the industrial era and in the present day.
But in fact, the SUC Middlewich Branch has always been almost completely rural in character. It was built to link the Shropshire Union and Trent & Mersey canals together  (the link , of course, only being properly completed in 1829 with the building of the Wardle Canal at the Middlewich end).
The only industry we can think of on the banks of the branch canal is the tannery in Sutton Lane which later became home to Sutton Lane Engineering and is now the site of Waterside Mews, and it is doubtful if this made much, if any, use of the canal. 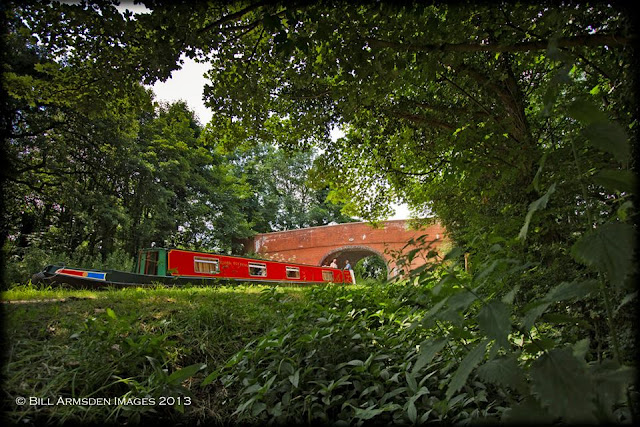