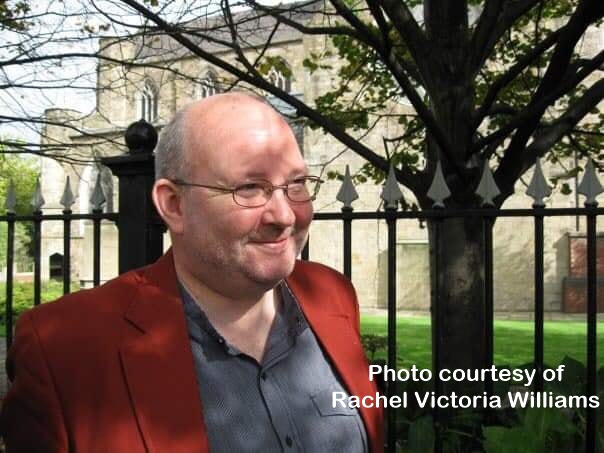 
Today Middlewich had to say goodbye to its long-serving Town Clerk, Jonathan Williams.


A sad occasion, it goes without saying, but Jonathan being Jonathan, the almost tangible love and respect everyone felt for him tempered the sadness just a little bit as his dedication to the town and its people and to his family and friends shone through.


The service took place at St Mary's in King Street and, as you'd expect, the church was packed out with family, friends, councillors,  former  councillors and employees and Mayors and Chairmen from surrounding towns.
Congleton Constituency MP Fiona Bruce also came along to pay her respects.


A 'Guard Of Honour', made up of former Mayors of Middlewich accompanied Jonathan into church.
Father Peter Dutton was his usual calm and reassuring self, helpfully explaining the way the service worked to those of us who were unsure, and interspersing the proceedings with fond memories of his own dealings with Jonathan.


The eulogy, given by a friend, Kel, who has known him as 'Charlie' since his time at University, vividly evoked Jonathan in his younger days as he prepared himself for the role for which he will forever be remembered, the Clerk to the Middlewich Town Council.


His kindness and helpfulness and his impish sense of humour were recalled, along with his ability to focus on people and help them, quietly and without fuss, to achieve what they wanted to do.
The ways in which Jonathan helped Middlewich and its people are, of course, too numerous to mention, but he was actively involved in events like the Folk & Boat Festival, the Roman and Norman Festivals, the Middlewich Street Markets and hundreds more.
It has been well said that Jonathan Williams helped this town in more ways than many people will ever know.
After a private interment at Middlewich Cemetery, everyone gathered at the Victoria Hall to enjoy refreshments and to reminisce about the man whose sudden loss has left such a large hole in our community.
Yes, a sad day, as was to be expected, but one in which the quiet, unassuming, humorous and always kind presence of Jonathan made itself felt.
None of us will ever forget today, and none of us will ever forget Jonathan. R.I.P.


This also appears on THE MIDDLEWICH YEAR