Author’s note:
When this article first appeared in the Heritage Society Newsletter I gave it the title ‘Middlewich Civic Hall – the first twenty-five years’, which might well have led people to expect a detailed account of EVERYTHING which happened there between September 1969 and October 1994.

Although people have, as we have proved with the ‘Middlewich Diary’. a high tolerance for Middlewich trivia, that would have been too much for even the most avid Middlewich fan to take.

The article was really just a first-hand eye-witness account of the Hall’s opening on September 12th 1969 with a few details of the slightly fraught pre-opening period (kindly supplied by Albert Robinson, by the way) and a couple of other memories of occasions when I was there as MC of a rock concert and the first Middlewich Folk & Boat Festival, and so I have edited and re-written it accordingly.

The Civic Hall will be in the news again during 2012 as the Town Council gets involved in taking over its running from Cheshire East, and I thought it would be appropriate, for our last Middlewich Diary entry of 2011, to go back to the beginning.

The article is also appropriate for New Year’s Eve because it mentions the fight between the Young Farmers and the Cerebos Foods Transport Social Club (won, as you’ll see, by the Cerebos faction) for the honour of hosting the very first New Year Party at Middlewich Civic Hall forty-two years ago tonight on the 31st December 1969.

I was at the Civic Hall on the day it opened in 1969, and twenty-one years later, in 1990, had the privilege of presenting the main concert at the town’s brand-new Folk & Boat Festival at the same venue.

Even before it opened, Middlewich’s new ‘showpiece’ was causing controversy.
Cerebos Foods Transport Social Club was at daggers drawn with the Young Farmer’s Club over the booking of the Hall for New Year’s Eve 1969.

The Cerebos faction were insisting that Clerk to the Council, Mr Joseph Alcock, had confirmed the booking, whereas the Establishment Committee were determined that the Hall should be let to the YFC who intended to hold a public dance.

Eventually, Cerebos won the day. They had, after all, splashed out £40 to hire a band, and this was ‘not refundable’.

And as if all this were not enough the sink unit chosen for the hall was the subject of heated debate.
Councillor Fred Stallard described the sink as ‘paltry’ and implied that, as council surveyor Donald Stubbs, who had ordered the sink, was a bachelor, he was ‘not well-versed in the field of washing up’.

Mr Stubbs retorted that even a bachelor could be interested in cooking.

Acting Deputy Clerk Terry Fitton was instructed to advertise the fact that the MUDC was offering free use of the hall to local organisations during its first week.

Meanwhile, probably oblivious to all the small town politics surrounding the Civic Hall, contractors Lanner Ltd of were putting the finishing touches to the building and Charlesworths of Crewe were installing the sound system and stage lighting.

A firm of signwriters were asked to make a commemorative plaque to be unveiled by Council Chairman Wilfrid Faulkner – a plaque which, as it turned out, contained an unfortunate spelling error which was to cause red faces at the opening ceremony.

In what would nowadays be called the ‘run up’ to the opening of the hall, fresh controversy erupted.
Why, asked the Chamber of Trade & Commerce, had local shopkeepers not been asked to tender for the equipping and decorating of the hall? Even the flowers for the opening ceremony had been obtained from Winsford.
The Council replied that local traders had been asked to supply flowers and had been unable to do so – a reply which could have been predicted.

Despite all this wrangling, plans went ahead for the grand opening, which was to take place on Friday September 12th 1969.
I was working in the Rates Office at Middlewich UDC at the time (starting salary at 16 £330 per annum) and I have good reason to remember the day the Civic Hall opened.. It was my 17th birthday, and this meant I was in line for a pay rise (salary at 17 £380 per annum in accordance with Clerical Division Grade 1).
We were all given the afternoon off  to attend the grand opening. There were plates of ham and salmon sandwiches and some little puff pastry things which, we were assured, were ‘vol-au-vents’.
Small glasses of sherry were proffered, and we all stood around eagerly awaiting the opening ceremony.

I have been unable to find any written evidence for this, but I am pretty sure that the music in the afternoon was supplied by Percy Bailey and His Band, in what must have been one of their last appearances. Contemporary reports say that the afternoon music was provided by the Secondary School Band, but I don’t remember them, just the Percy Bailey Band. I even remember talking to Percy and one of the councillors patting him on the back and saying, ‘well done. Percy!’

Bailey’s Band was the mainstay of Middlewich music for many years and Percy himself was famous for his habit of propping his copy of the Evening Sentinel on the music stand of his piano and reading it intently throughout every dance session.
As we know, our minds can play tricks as we get older, but this is such a vivid memory that there’s no doubt in my mind that Percy and his Band were there and, if that fact is not recorded elsewhere, I’m glad to do it here.

When it came to the unveiling of the commemorative plaque, to the consternation of council officials and the amusement of Mr Faulkner, his name had been spelt WILFRED instead of WILFRID, something that, he said, had happened to him all his life.

A council spokesman said later that the mistake had been noticed but it had been too late to get the wording altered in time.

Update (October 2019) A recent inspection of that very same commemorative plaque fifty years on shows that the correction promised at the time is still yet to be done!

Mr Malcolm Bowden, chairman of the Establishment Committee, paid tribute to Councillor Clarence Costello who, he said, had fathered the whole project.

The new Civic Hall was now well and truly open and, in the evening, there was a special Celebration Dance featuring ‘the Ray Douglas Music’ (tickets fifteen shillings including refreshments).

By February 1970 Mr Bowden was accusing the public of ‘letting the council down’.
The Hall had been let on only a ‘tiny’ number of occasions and this was ‘heartbreaking’.

Perhaps the high charges were to blame? To hire the Hall for a whole day on a Friday or a Saturday would set you back £20.

A series of ‘beat dances’ came to an abrupt halt in January 1970 after ‘rowdyism’ and, for most of its first twenty-five years of existence the Hall was under-used.

Over that twenty-five years I made several appearances at the Civic Hall, as disc-jockey, compere and MC.

One memorable occasion was the night I introduced a Rock Concert in aid of the CND, featuring a band with the cheerful name of Death Wish.

The highlight of this strange (and deafening) evening came when the band decided to let off a ‘thunderflash’ – a kind of detonator affair which made a terrifyingly loud band, a bright blue flash and a vast amount of smoke.

I was about six inches  away from the thing at the time and, although I had been warned about it, I was still very nearly thrown off the stage by the explosion.

And when the first Middlewich Folk & Boat Festival took place in 1990 I was there, along with Bernard Wrigley to present the first of many mainstage concerts for a festival which helped  kick off the long, slow and laborious process of putting our town back on the map. 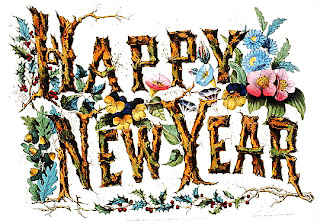 UPDATE - 19th March 2013: Ownership of the Middlewich Civic Hall passed into the hands of Congleton Borough Council on the 1st April 1974. Thirty-five years later, on the 1st April 2009, it became the property of Cheshire East Council. Finally (we hope) it was taken over by Middlewich Town Council, successor council to the Middlewich UDC which had had it built in 1969. This was in March 2013 and  rather fittingly, the 'Civic Hall' then became the Town Hall Function Suite. At the same time the Victoria Building, home for many years to Middlewich's council offices was officially given the name it should have had for all those years, the Town Hall.

UPDATE - 12TH October 2016: By 2016 the running of the hall had been taken over by the Middlewich Community Trust* and the hall was renamed the Victoria Hall, a pleasing reference to its links with the Victoria Building and the former Victoria Square, the name given to the land between the building and Lewin Street.

*not 'Middlewich Heritage Trust' as we erroneously said earlier. Many thanks to Ken
Kingston for pointing this out.