A DREAM COME TRUE - THE OPENING OF THE SYCAMORE GARDENS IN WARMINGHAM LANE, 1st SEPTEMBER 2012 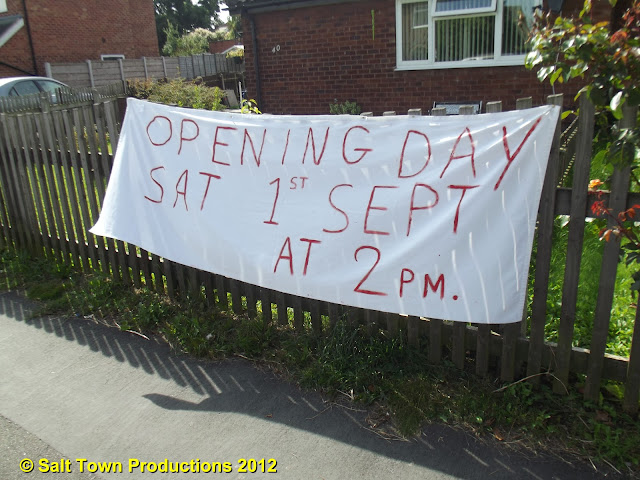 UPDATE (19th SEPTEMBER 2014):
It's two years now since Kath and Barry's dream came true and the Sycamore Community Gardens opened their doors (or should that be gates?) to the public.
Recently there has been an upsurge in interest in the idea of community gardens, which are being established in many areas throughout the country. This renewed recognition of the benefits which such amenities can bring to local communities has, in its turn, brought about a re-awakening of interest locally.
Kath and Barry Walklate are still looking after the Sycamore Gardens and welcome help from interested members of the Middlewich community.
If you'd like to be a part of this great local initiative we can put you in touch with Kath and Barry. Send us your details and we'll pass them on.

You can email us at:

Here's our original Diary entry from 2012:

A DREAM COME TRUE - THE OPENING OF THE SYCAMORE GARDENS

It was an occasion well worth waiting for, as the official opening day for the Sycamore Community Gardens in Warmingham Lane finally came around on September 1st  2012.
The opening ceremony was originally scheduled for June but the record-breaking rainfall of the summer of 2012 forced a re-think and the whole thing was put back to the start of what was forecast to be an Indian summer.
The weather didn't disappoint, and neither did the turn-out. 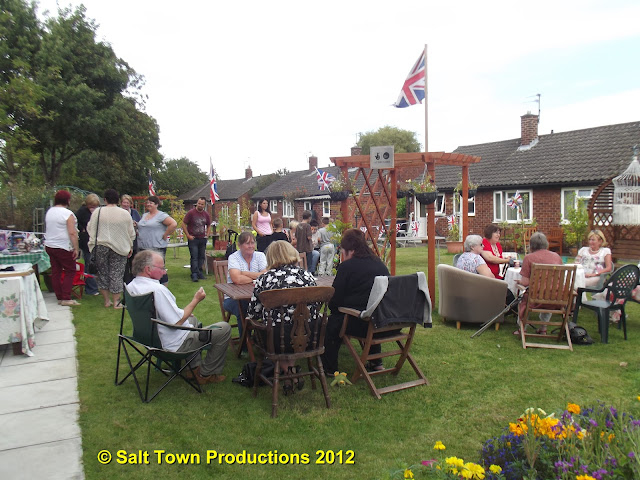 People came from far and wide to see the new garden and to enjoy the festivities. The Sycamore Gardens were the brainchild of Kath and Barry Walklate of Warmingham Lane who wanted to create a pleasant and interesting space for their neighbours in the bungalows surrounding what was, until a year ago, a piece of waste ground. With help from former Community Pride Chairman Stephen Dent they obtained a lottery grant and spent many hours creating the beautiful gardens which now stand where once there was nothing. 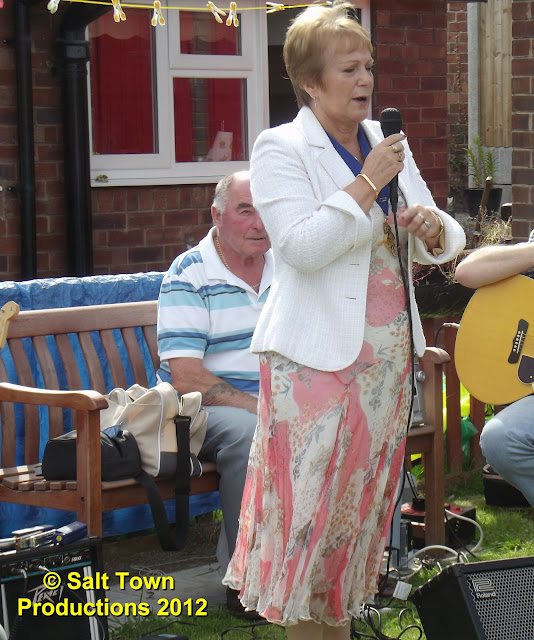 Deputy Mayor of Middlewich Bernice Walmsley performed the actual opening ceremony and said that the event showed 'how much can be achieved with a little money and a lot of hard work and determination.' 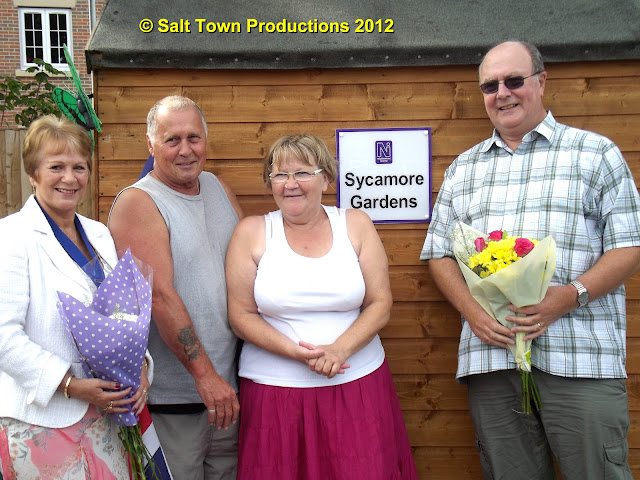 Entertainment was provided by (left to right) Stephen Dent, Craig Moores, Freddie Moores and Dave Thompson.
Kath Walklate said, 'The music was fantastic - everyone was tapping their feet.' 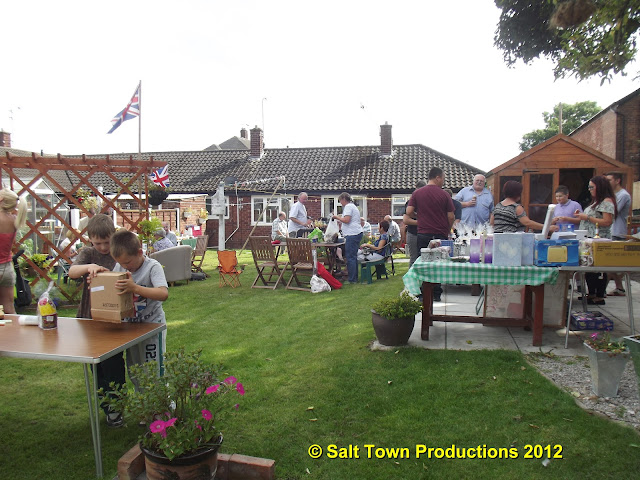 The barbecue was manned by chef  Tom Browne and his wife Michelle ran the tombola and made the cakes. 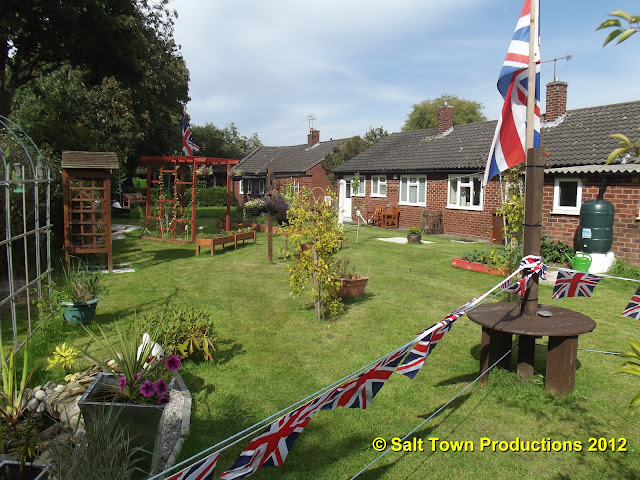 Debbie Moran and her children Megan and Reece saw to it that the garden was bedecked with flags and bunting and that leaflets were distributed all over the area making sure people knew about the occasion. 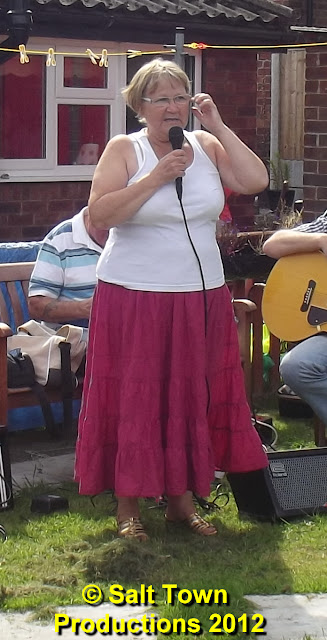 A dream come true. Kath Walklate thanked everyone for attending the event: 'I could have cried because I felt we'd achieved that much. You think what it was like twelve months ago and now it's surrounded by smiling faces. It was well worth it.' 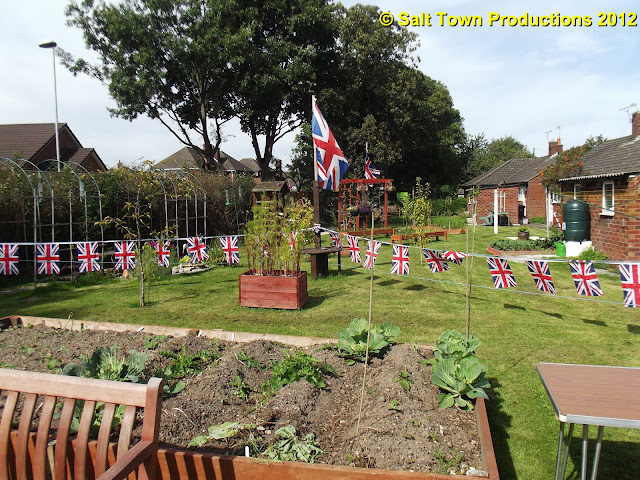 Kath and Barry would also like to thank Lynda Colbridge and Janet Chisholm for all their help in making the Sycamore Community Gardens a reality, and also the Middlewich Diary for help in publicising the occasion.
And this truly was an afternoon enjoyed by people of all ages.
As the Middlewich Guardian reported: 'the youngest attendee was Kath's nine month old grandchild Bayley, and neighbours in their 80s were also enjoying the fun'.

(with acknowledgments to David Morgan at the Middlewich Guardian)

Ian Hill-Smith: It's stuff like this that makes me proud to be a resident of this town.

Dave Roberts: Me too, Ian.

Bernice Walmsley: And me!

Kath & Barry Walklate: Lovely day with lovely people. It was a perfect day. We only hope now that people feel they can come along and spend a little time with us, as everyone will be made welcome. A really big thank you to all those who helped make this dream come true.
Kind regards, Kath & Barry