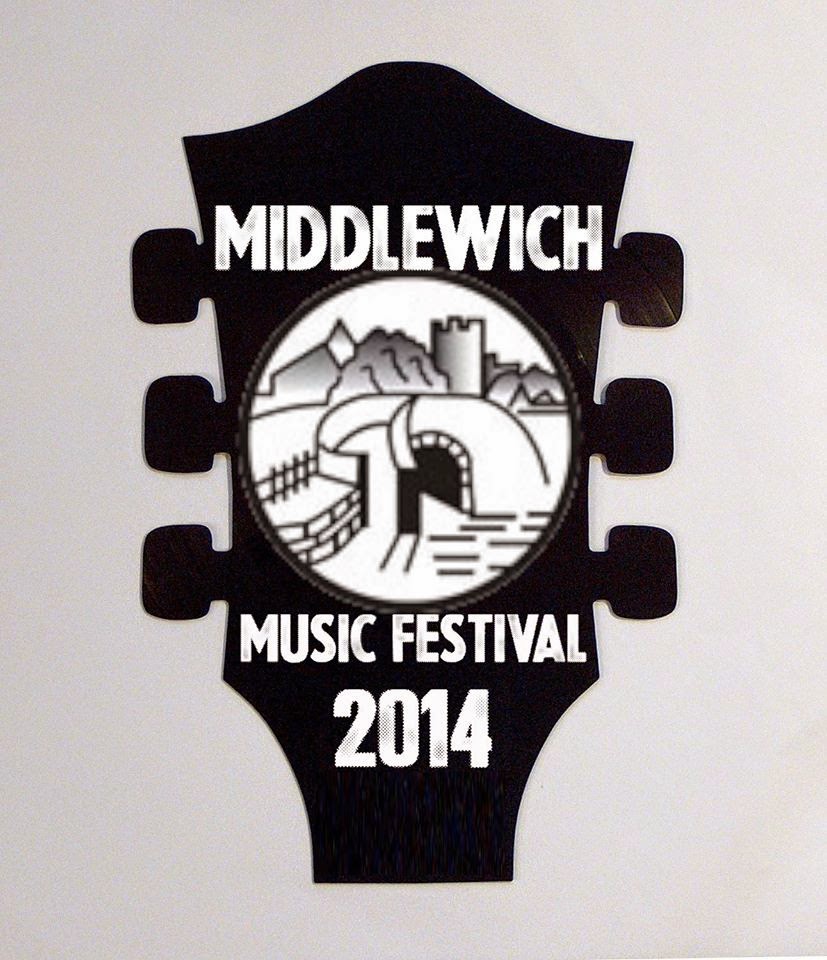 There's already a lot of enthusiasm for this new Middlewich Music initiative, and we're happy to lend our support to it.
Since 1990 our town has gained a good reputation for folk music and its associated activities, but this kind of music is, it goes without saying, not everyone's cup of tea (including, we can assure you, several members of the original Folk & Boat Festival Committee!).
The Middlewich Music Festival aims to feature local bands who may not fit into the existing MFAB formula and, presumably, those from further afield as the idea finds its feet.
The exact format for the new Festival has yet to be thrashed out, and this will be done at the inaugural meeting which takes place at the White Bear in Middlewich on Wednesday 30th July starting at 7pm.
These are early days for the Middlewich Music Festival and the organisers would like to hear from anyone who'd like to be a part of the event, either as performers or on the organisation/administration side of things.
If you're interested email us on middlewichdiary@aol.com and we'll put you in touch with the team. And/or you can go along to the White Bear on Wednesday at 7! 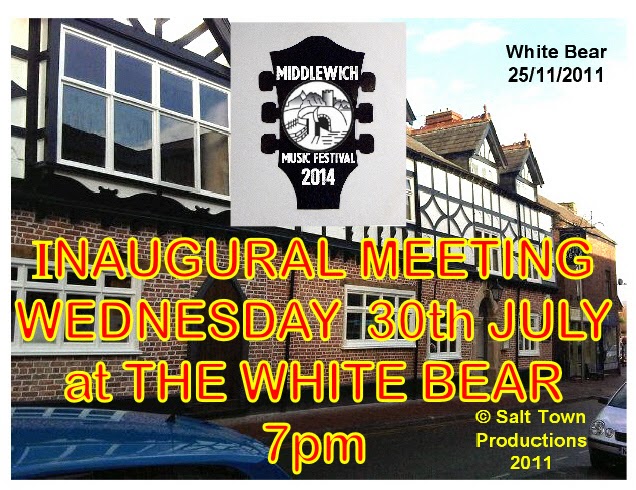 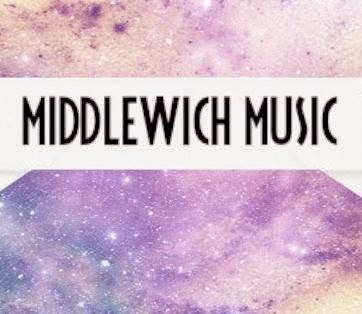 UPDATE: (12th AUGUST 2014): After much discussion both at the inaugural meeting and later, it was decided that the first Festival would take place in the Summer of 2015 and that smaller events would be held in the meantime to build up the new festival's public profile
The first of these events was announced for the 20th September 2014