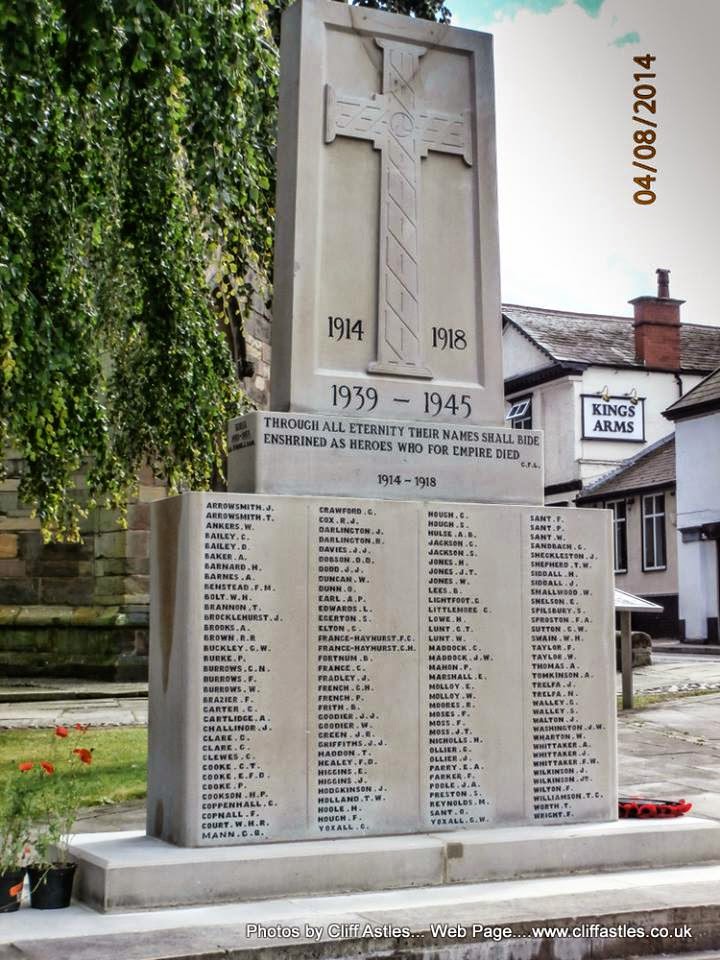 On the 4th August 2014 at 2pm the people of Middlewich came together in the town centre for a short service to mark the 100th anniversary of the start of the Great War and to remember the fallen.
Among those in attendance, along with members of the public,  were the Mayor and Mayoress of Middlewich, representatives of the Royal British Legion and Town Crier Devlin Hobson who read his own poem about the War.
Middlewich's War Memorial was erected in 1934 by public subscription and originally placed at the junction of Lower Street and Hightown where once stood Butcher Lees shop (later to be converted into a bank) and the large gas lamp where our  Town Crier  of the time would have stood to announce the outbreak of war on the 4th August 1914.

Through all eternity their names shall bide,
Enshrined as Heroes who for Empire died.

was written by Charles Frederick Lawrence, former Clerk to the Middlewich UDC and local historian.
With the demolition of the properties on Hightown in the early 1970s and the building of 'the piazza', the Memorial was moved a few yards further toward the Parish Church, and retained that position to within a few yards when the current 'amphitheatre' was built. Thus it has only been moved a short distance in the 80 years of its existence. 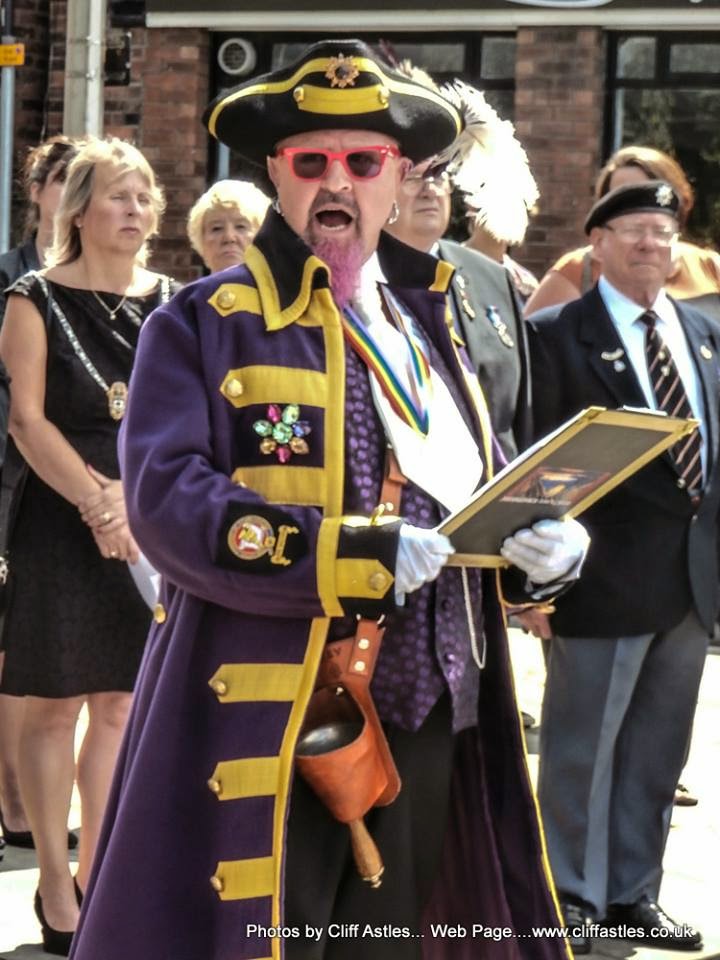 Town Crier Devlin Hobson was on hand to mark the occasion by reading his own poem, which is reproduced below with his permission. 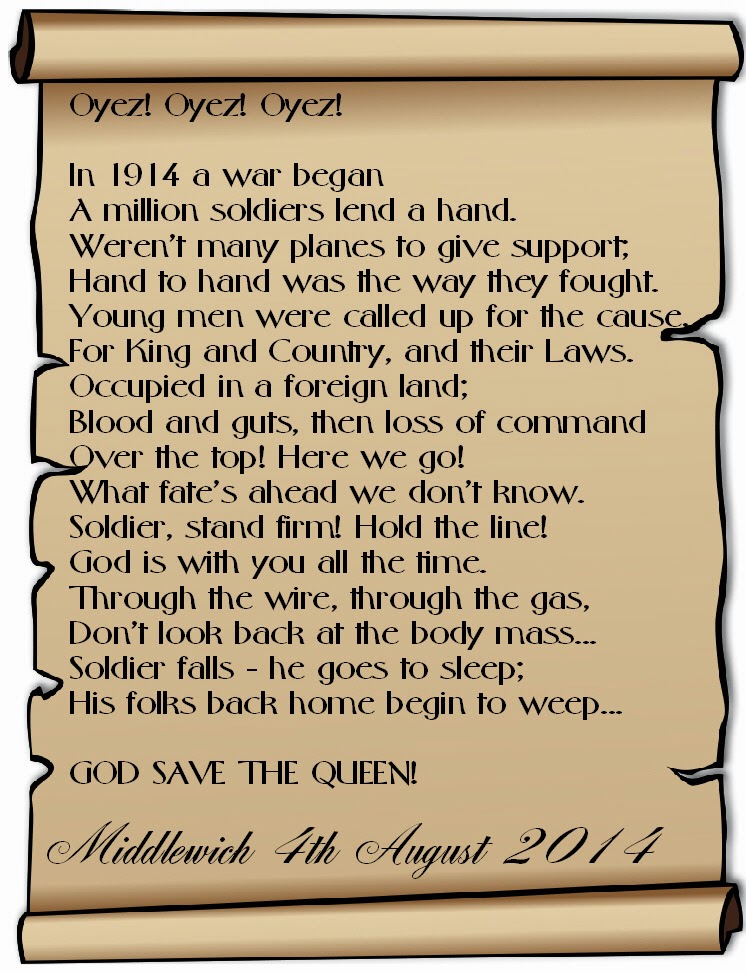 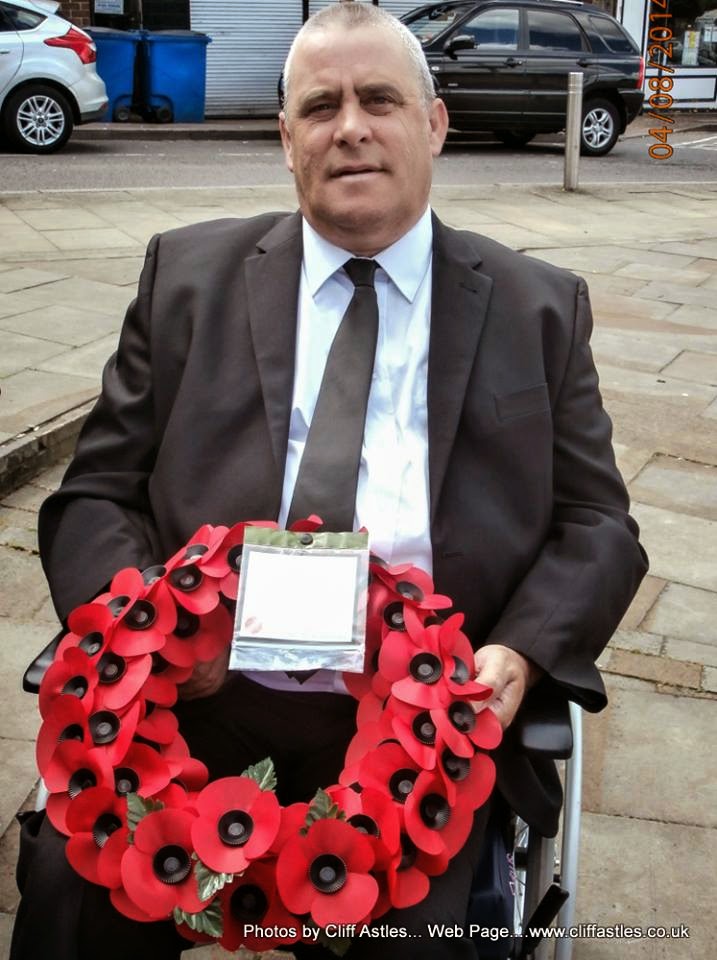 This Diary entry also appears on our
MIDDLEWICH AND THE GREAT WAR
site
Posted by SALT TOWN PRODUCTIONS at Thursday, August 07, 2014

Email ThisBlogThis!Share to TwitterShare to FacebookShare to Pinterest
Labels: 100 YEARS ON, 2014, GREAT WAR THE., ONE HUNDRED YEARS ON 4th AUGUST 2014