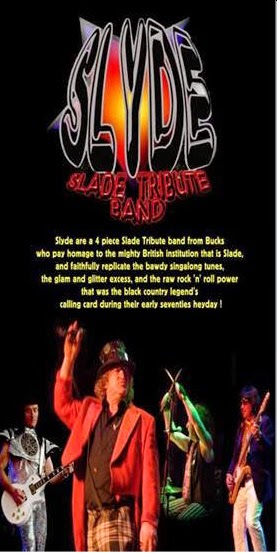 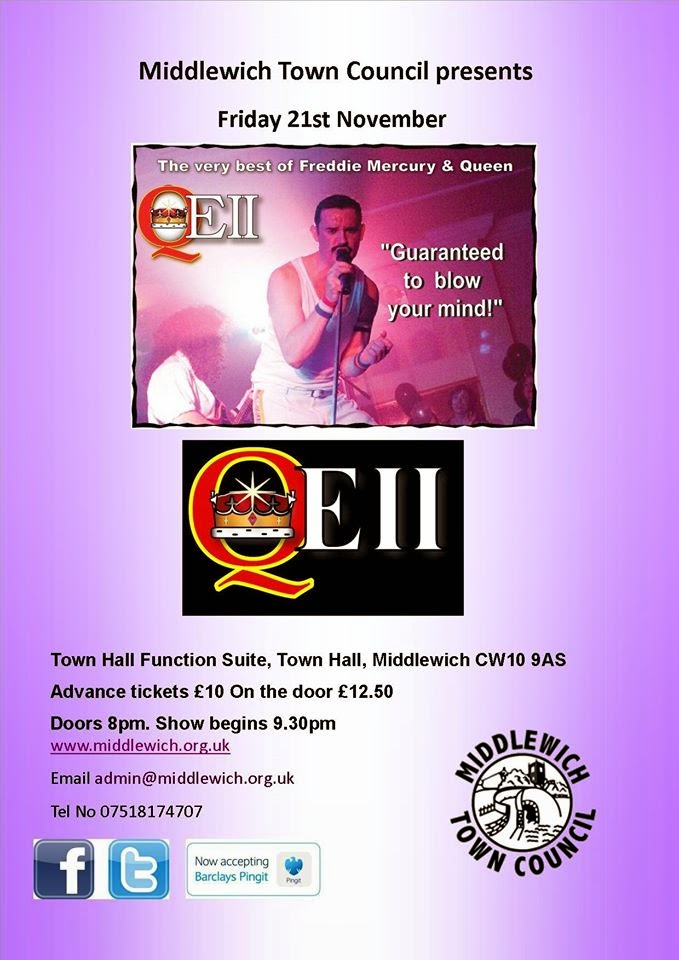 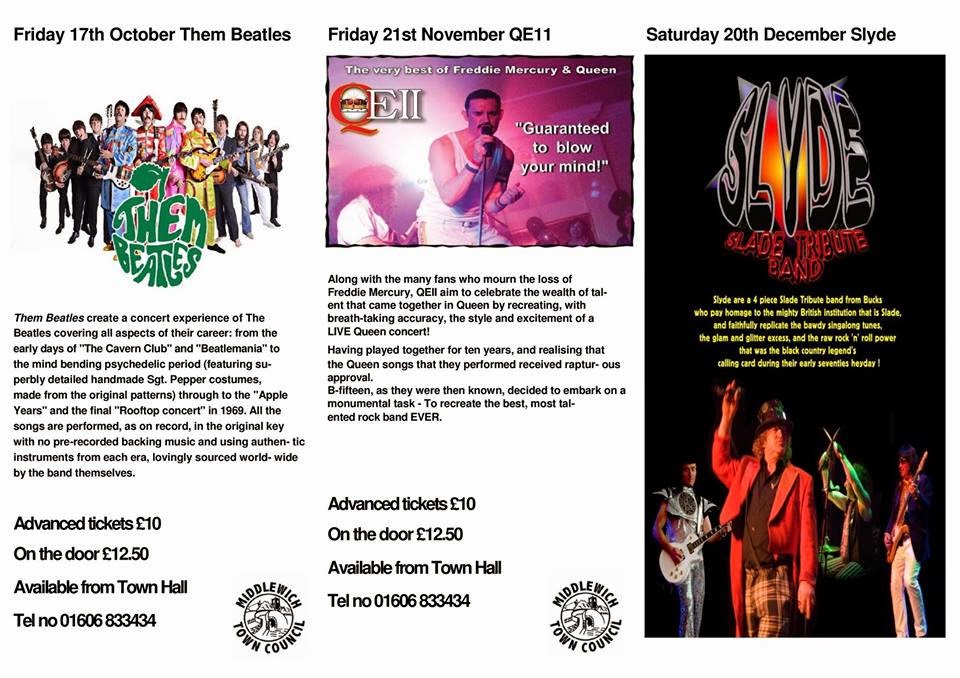 Middlewich Town Council are presenting a series of concerts featuring popular tribute bands at the Town Hall in October, November and December.

UPDATE (OCTOBER 25th): The THEM BEATLES concert originally planned for October 17th has now been postponed until a later date.
The QEII and SLYDE concerts are, however, going ahead as planned.