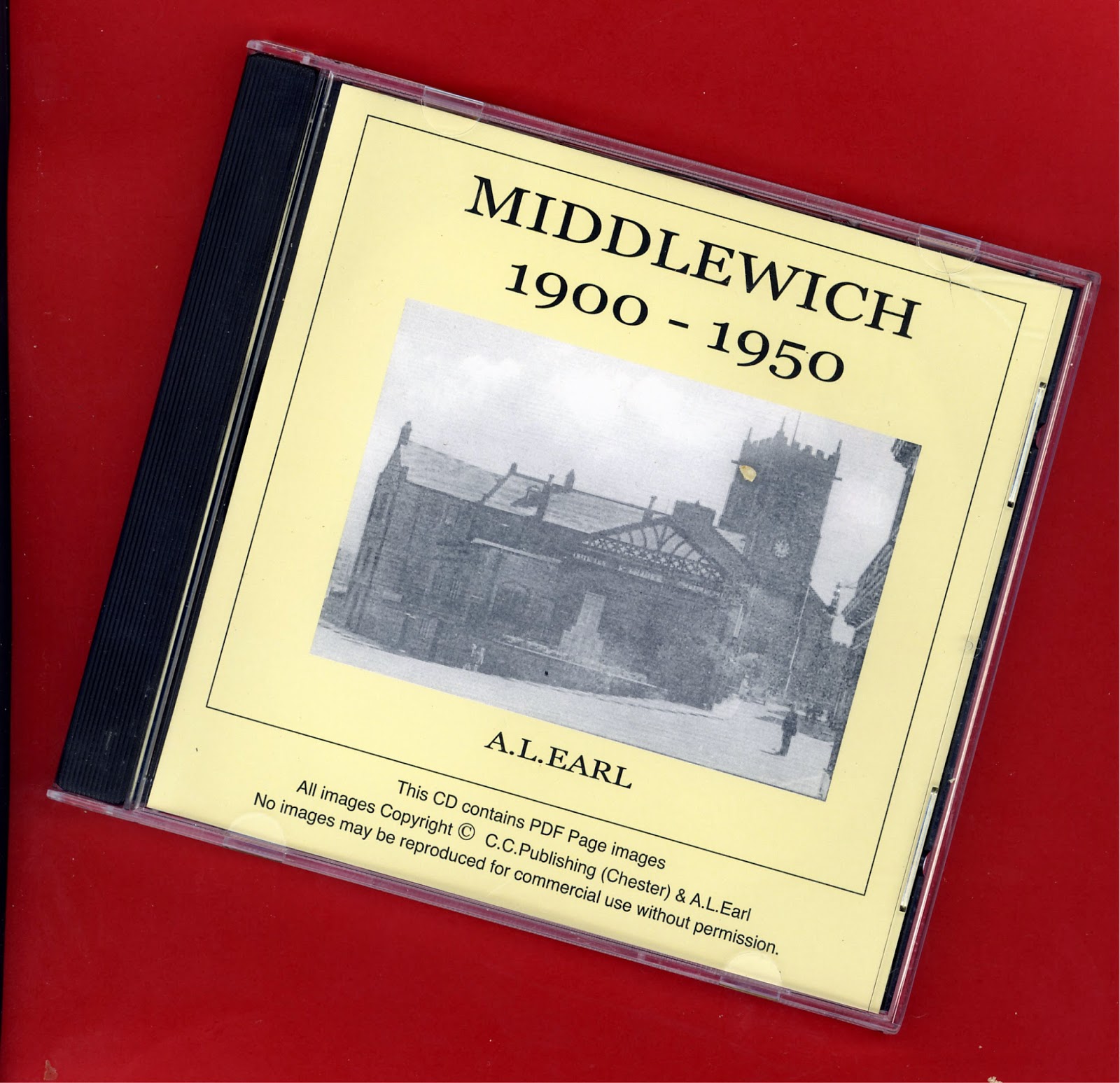 We were delighted to see that Allan Earl's definitive history of Middlewich in the first half of the last century has now been re-published in CD form.
Allan kindly sent us a copy of the CD version of Middlewich 1900-1950  as a 'thank you' for helping to publicise his books on The Middlewich Diary.
He writes, 'From the number of requests for copies of Middlewich 1900-1950 it would appear to be the most popular of my literary efforts, closely followed by Profiles of Middlewich' (see below).
Plans to re-publish the book in its original form had to be abandoned as the cost would have been prohibitive, so the decision was taken to convert the pages into PDF files and publish the volume in CD form. The CD is now available priced at a very reasonable £10. If you're interested in buying a copy let us know and we'll be pleased to put you in touch with Allan.

The CD is also available from

as are many other books and CDs of interest to those interested in the history of Cheshire. 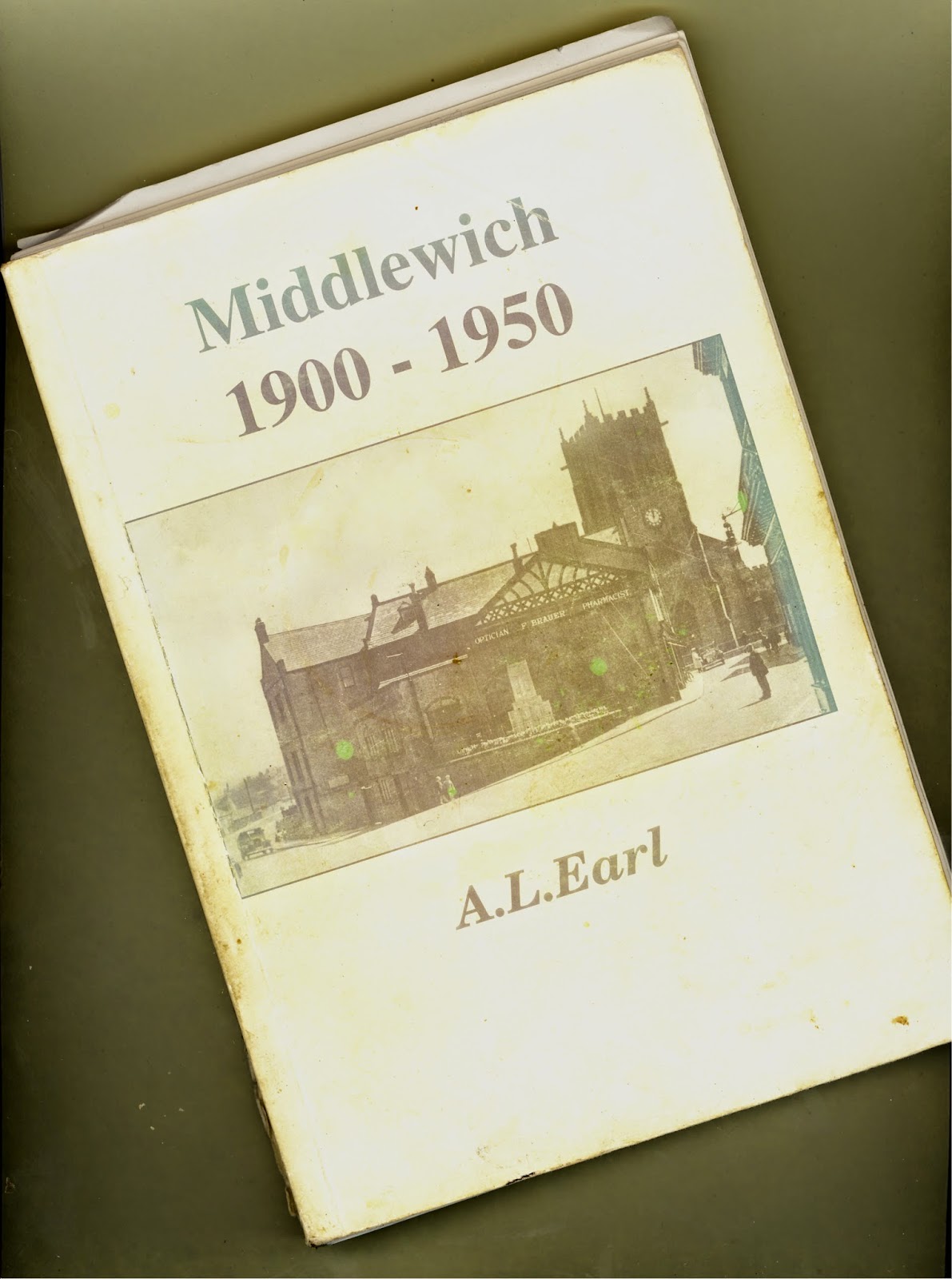 Above is our own, well-thumbed copy of the original Middlewich 1900-1950, the standard reference book on the history of the town during that period. The book starts with Victorian Middlewich, taking in the Boer War and the Coronation of Edward VII and chronicles the development of the town's schools and public works during a time of progress. Chapter two profiles many notable Middlewich persons, including William Boosey, Joe Smallwood, the Rev. John Fortnum and, of course, Charles Frederick Lawrence who did so much to chronicle Middlewich history in the late Victorian era. Chapter three takes us through the period of The Great War and contains the full Roll Of Honour for Middlewich. Later chapters chronicle the unemployment and industrial unrest of the 1920s and the start of wholesale demolition, road-widening and redevelopment in the 1930s which gave us the basic layout of the town which is still recognisable today. The second world war is, of course, covered in detail  as is the development of the salt industry by the likes of Henry and Ralph Seddon, Richard Yeoman, L.A. Simpson and G.L. Murgatroyd which paved the way for today's modern vacuum salt plant, keeping Middlewich at the forefront of salt manufacturing in Britain. There are numerous photographs and illustrations from Allan's own collection and a fold-out map of the town in 1909 with a key indicating salt works (working and disused) and other buildings and landmarks in the town.

Other books by Allan Earl...


The sister volume to Middlewich 1900-1950, published in 1990 and covering the period from the Anglo-Saxons to the Victorians. The book contains many photographs and illustrations and a fold-out map of the town in 1898 with a key to the important places in the town at that time.

A large format (A4) book featuring over a hundred rare photographs, prints, posters and postcards from Allan's own collection. 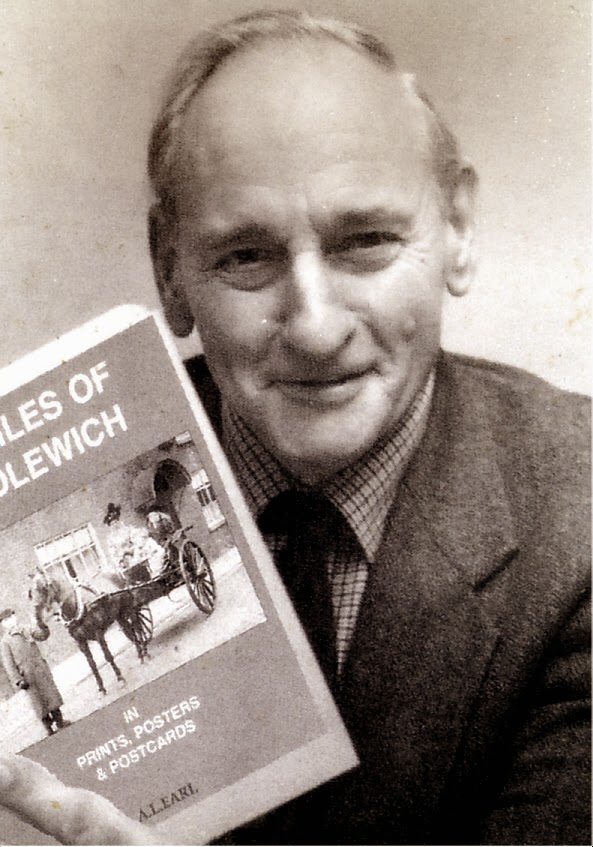 Born and bred in Middlewich, Allan is President of Middlewich Heritage Society and a member of the Record Society of Lancashire and Cheshire. Allan is renowned for his talks on Middlewich and district, as well as his broadcasts on local radio.
His interest in local history stems from his time as a local government officer (Middlewich U.D.C.) and over the years he has amassed an outstanding collection of Middlewich illustrations, ephemera and memorabilia.
Posted by SALT TOWN PRODUCTIONS at Friday, November 14, 2014