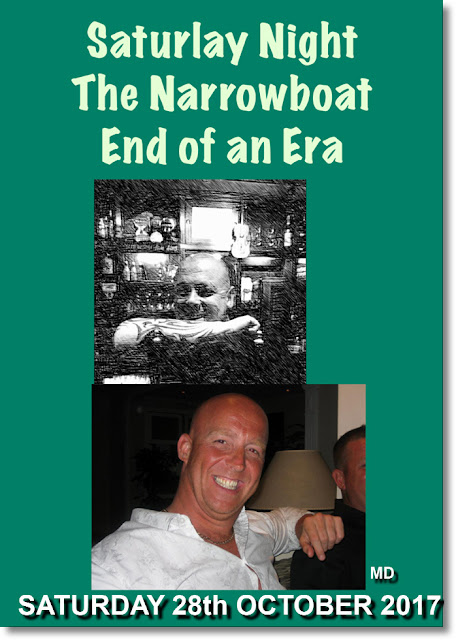 Saturday 28th October will see a great send-off for Damian and Craig at The Narrowboat in Lewin Street, Middlewich.

These guys have been at the popular Middlewich pub for ten years!

A few of the Calico boys are getting together to, hopefully, give them a great send-off!

As many regulars of the pub will know, Calico Jack have played The Narrowboat for years.

More recently, residencies from Codswallop and Pastry Shoes have also produced many a good night.

Open Mike Nights have been running at the pub for several years now and many other bands and musicians have also played there.

There have been countless celebrations and events, creating many happy memories.

It would be fantastic to see some of the many people we've seen at the pub over the years and who have been a part of the good times we've had! Let's do it! 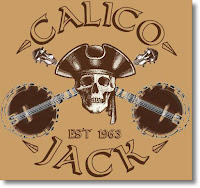 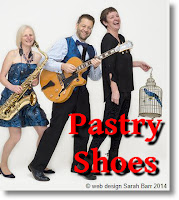 We can only agree. Damian and Craig have always, to coin a phrase, been 'up for it' when it came to running The Narrowboat and, most importantly, making the pub a part of the Middlewich community.
It would have been so easy for them to just sit back and let the pub, and in particular the restaurant part of the business, run itself.
But they've never done that. They've always been there promoting live music,  quizzes, theme nights and anything else they could think of to keep the pub in the public eye.
This was never more evident than when the annual Middlewich FAB Festival rolled around each June over those ten years.
Again it would have been so easy to take the easy way out and Damian and Craig could have just sat back and let the money roll in.
Most businesses in Middlewich make money over the festival weekend - whether they admit it or not - and it would have been so easy (and tempting) to try the 'festival free zone' approach (incidentally, others have tried this over the years and it never works. It just annoys people).

I doubt  they ever considered it for a moment.

So we hope everyone will go along to 'the Boat' on the 28th to say goodbye and express their appreciation of all the hard work which Damian and Craig have put in to making the pub the success it is.

Meanwhile, we wish the new management of The Narrowboat every success in the future.

Email ThisBlogThis!Share to TwitterShare to FacebookShare to Pinterest
Labels: ARCHIVED ENTRIES., CALICO JACK, CODSWALLOP, END OF AN ERA AT THE NARROWBOAT OCTOBER 28th 2017, PASTRY SHOES AT THE NARROWBOAT, SHAKESBY CRAIG AND DAMIAN