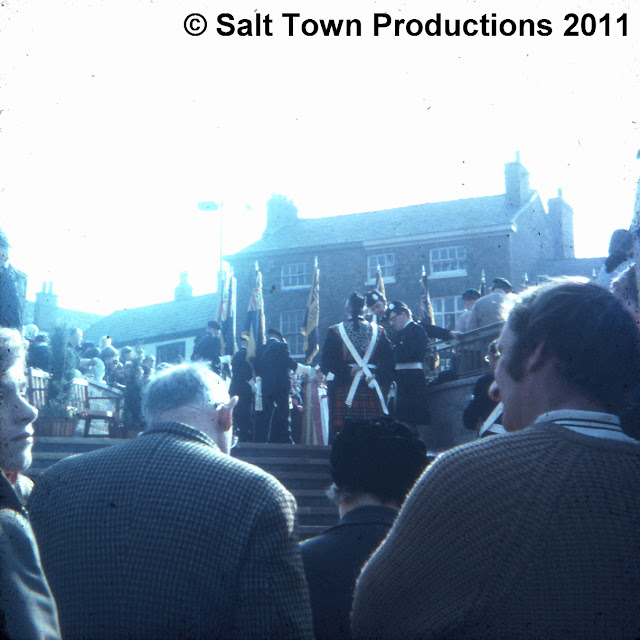 Hymn singing at the service of re-dedication of the war memorial in its new setting on the 'piazza'. a  feature which served as the Middlewich's 'town centre' for 33 years until the coming of the Roman amphitheatre in 2005. The steps leading up from the former Lower Street to the upper level are directly in front of us.
The gentleman half out of shot on the extreme left is, I think, Christopher Summerfield.

Email ThisBlogThis!Share to TwitterShare to FacebookShare to Pinterest
Labels: REDEDICATION OF THE WAR MEMORIAL: HYMN SINGING 1972