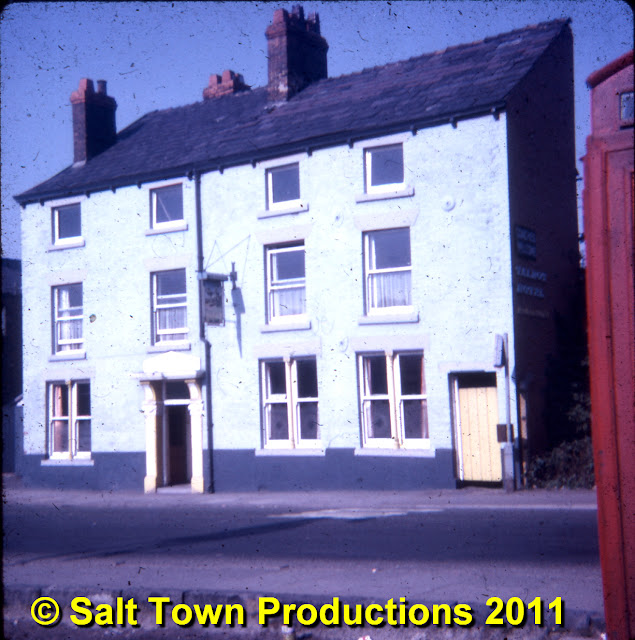 Here's a 1971 Kodachrome slide of a building which seems to have a lot of happy memories for many people.

Our previous attempt to show you what the pub really looked like didn't quite work, as the slide in question was of dubious quality.

There are a lot of photographs of this popular Robinson's pub in existence but, as far as we know, very few in colour.

This has led many people to believe that the pub was painted white for most of its life but, as can be seen here it was, at least in its last few years, a pleasing shade of lime green.


This particular photo was taken from the corner of the Seabank car park and the old GPO telephone box which once stood there is just creeping into shot on the right. Now even the chrome and glass BT box which replaced it has gone, a victim of the spread of the mobile phone.

Note the yellow painted gate on the right where in 1959 Twinky, the Roberts household cat, made a bid for freedom on his way home from the vets after an operation. He stayed in the little passageway behind that gate spitting defiance for over two hours.

The Talbot is also mentioned in this posting, where you can see how the pub fitted into the Kinderton street scene. 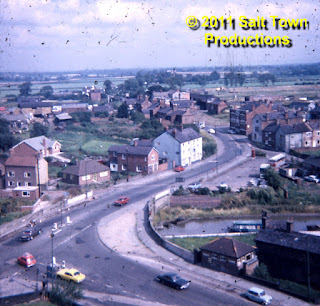 There's a lot of Facebook Feedback attached, so don't forget to scroll down to the bottom of the page.

And the pub also made a slightly unexpected appearance when we photographed the town's war memorial after its re-dedication in November 1972... 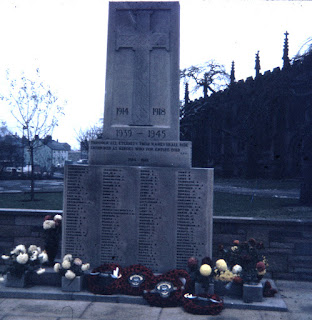 We can now see the pub's position in relation to the churchyard which, in those days, had far fewer trees. In fact you can see one of the current trees in its early years between the camera and the pub. Bear in mind, though, that the war memorial was in a slightly different place from the one it currently occupies.

Michael Tully Walked past it on the way to St Mary's Junior School every day.

Carole Hughes Why did it get knocked down? It looks OK. Shame, half of Middlewich went.

Dave Roberts I think it was just in the wrong place when it came to widening the road. If it hhad been a bit further down the hill it might have been spared.

Carole Hughes Sad they had to knock down so many buildings just to widen a road and put a dual carriageway in.

Dave Roberts We were trying to decide earlier this year if the Kinderton Street scheme really was a  'widening' scheme at all.
Some of the road was widened, but not by an awful lot.
Most of the space where the buildings were is now taken up by a wide footpath and landscaping.
Some of the property further up the road (Costello's, Whittaker's etc) was in a very sorry state when it finally got demolished.
But was it allowed to get into such a state because the owners knew it was going to be knocked down?