FROM WEBBS LANE TO LOWER STREET VIA PEPPER STREET


FROM WEBBS LANE TO LOWER STREET VIA PEPPER STREET 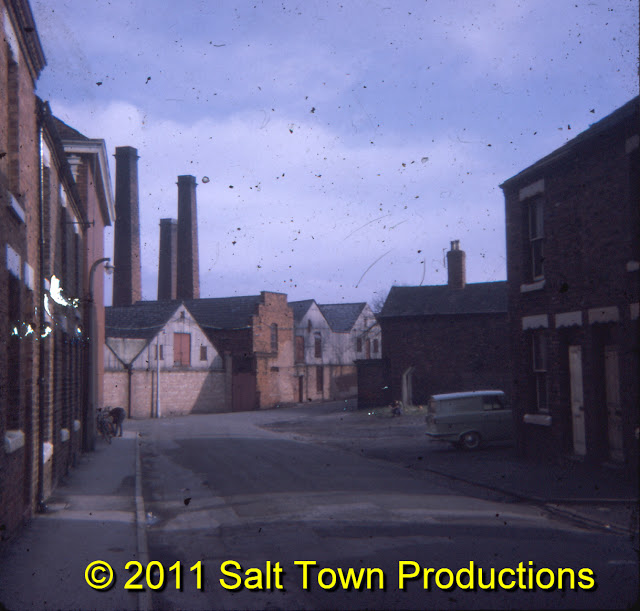 As might be expected, the original Diary entry
'Pepper Street/Lower Street Junction Early 1970s' has attracted a lot of interest since it was first published in 2012.

We thought it might be worthwhile trying to illustrate how the old, longer, Pepper Street used to look and how it gave people coming from Webbs Lane access to the town centre.

This photo is as good a place to start as any, particularly as it shows the houses which now constitute practically all of modern-day Pepper Street. Here's the original description of the photo as it first appeared on the Middlewich Diary.

Our favourite contributor, 'Anonymous', said, in relation to our original diary entry which featured this photo: 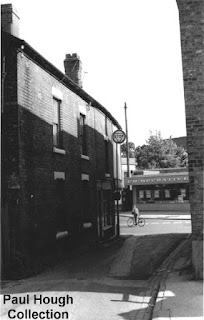 'This brings back memories. If you were to turn around and walk back towards Webbs Lane, there was an open space opposite Seddons Salt Works. We use to play football and cricket there.'


Well, we think the space to the right of our main picture, where the Reliant car is parked, must be the space in question.

The building to the right with the single chimney is interesting.

Previous MD feedback seemed to suggest that it was once The Lord Hood public house, but this is not the case.


Ken Kingston's Middlewich Hospitality (Middlewich U3A Local History group 2014) tells us that the pub, built in 1782, was closed and demolished in 1920, and replaced by a workshop and timber shed in 1929. These premises were themselves demolished just after World War II, so it appears that the waste ground itself was the site of the pub and its later replacement. What the building with the central chimney was remains a mystery.

Today's street is, as we've said, more or less just that short terrace on the extreme left. What used to be the roadway is now a slip road connecting Webbs Lane to St Michael's Way opposite the Vaults.

The large building at the end of the Terrace is Seddon's Salt Works offices.

Beyond that is the salt works itself, by this time closed and awaiting demolition.

Here's what the other side of the street looked like: 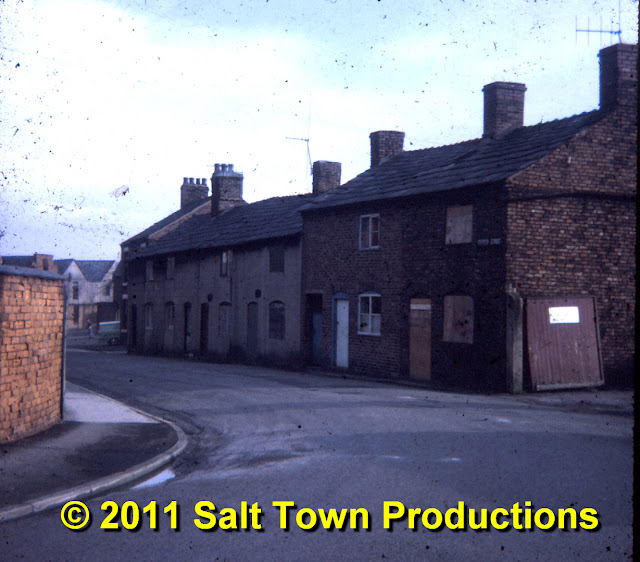 To get to the town centre you walked towards the salt works, and then took a sharp right turn between the works and the building beyond the Reliant car to wind up in the Bull Ring.

Middlewich's automatic telephone exchange, built in 1967 and now much expanded and fronting onto St Michael's Way, was in a small compound, just out of shot to the right.

Powell's Clothing Factory, connected with the company's retail premises in Wheelock Street, could also be found in the area, on land now occupied by St Michael's Way.

It is this connection with the textile industry which has led to the new housing development next to the telephone exchange being given the rather fanciful name 'Spindle Whorl'. Put simply, a 'spindle whorl' is one of the many tools used by cloth weavers. It's a kind of flat disc with a hole in it. Spindle whorls are made from many diffferent materials and are very collectable.

Another development on the site, closer to Wheelock Street, has been given the more prosaic and, some might say, more appropriate name of 'Powell House'.

Powell's Tailors itself, once the smartest shop in the town, is now in a semi-derelict state after  Eric Alcock electrical moved out a few years ago.


Here's a bit more of 1969 Pepper Street, taking us further towards the town centre: 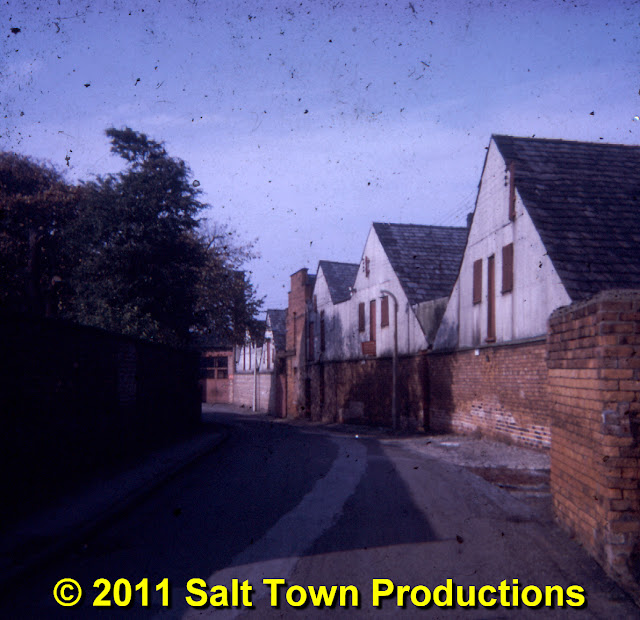 To get to the town centre today you have to take more or less the same route, but you'll be walking towards the entrance to 'The Moorings' rather than the salt works and, once you make the right turn, you have St Michael's Way, with heavy traffic heading to and from the M6, to contend with before you can reach the Bull Ring.