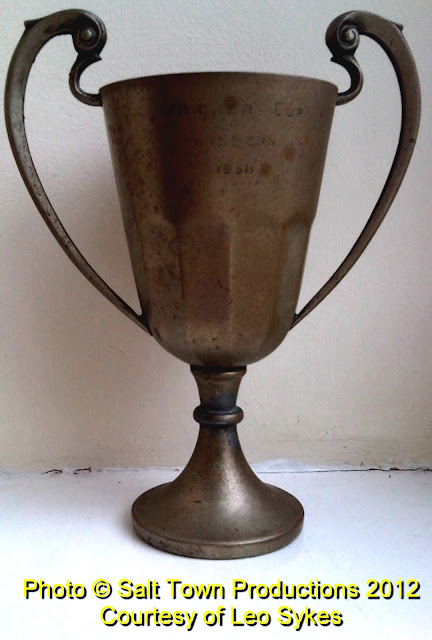 Here's an interesting piece of Middlewich sporting history from just before the Second World War.
This Bricker Cup Winners' Trophy was loaned to us by Leo Sykes who discovered it in a house in Sutton Lane which he  moved into recently.
Now that we have photographed the trophy Leo plans to donate it to the town so that it can be displayed on suitable occasions. 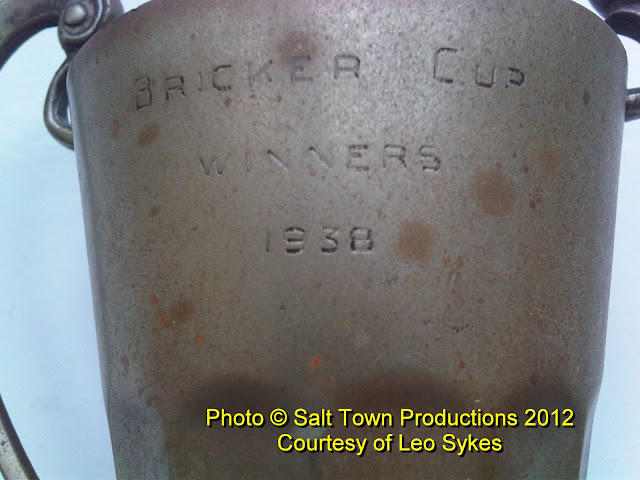 According to Allan Earl's Middlewich 1900-1950 (Cheshire Country Publishing 1994) the Bricker Cup was founded in January 1913 when Mr Bricker 'presented a cup to the Children's Aid Charity Football Committee for the "material benefit of the poor children of Middlewich"'.

We're hoping that someone has records somewhere which show which team won the Bricker Cup in 1938.
The competition itself has had several revivals over the years, usually as a consequence of the re-discovery of the Bricker Cup Trophy - the actual 'Bricker Cup' itself, that is - in a forgotten corner of a local pub undergoing refurbishment..
Does anyone have any information on the current 'state of play' as far as this popular local competition is concerned?