Today we wave goodbye to our home for the last eighteen years, no 5 Whitley Close, Middlewich. 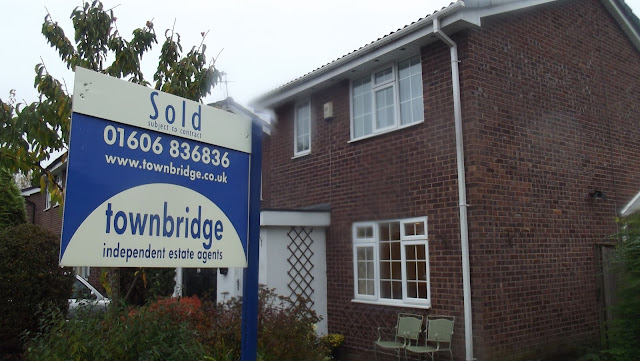 It's a modern, comfortable detached house in a quiet and attractive part of the town, just down the road from the point where Middlewich becomes Cledford.
Although situated in what might be termed a 'modern' part of the town Whitley Close is, like the rest of Middlewich, not without its historical associations.
In this case, those historical associations are all to do with Middlewich Manor, which lies just a few yards away.
The Manor was built in 1830 for the Court family, and we'll be delving into the history of the building in later Middlewich Diary entries.
It was a descendant of the Court family, a Mr Roylance Court, who indirectly had a hand in the creation of Whitley Close when, in 1978, he sold off part of the historic parkland surrounding the Manor for housing development.
Just how close what is now Whitley Close was to the Manor can be seen from this Google Earth view:

The Manor itself, now a care home, is hidden behind the trees seen in this view from our front garden: 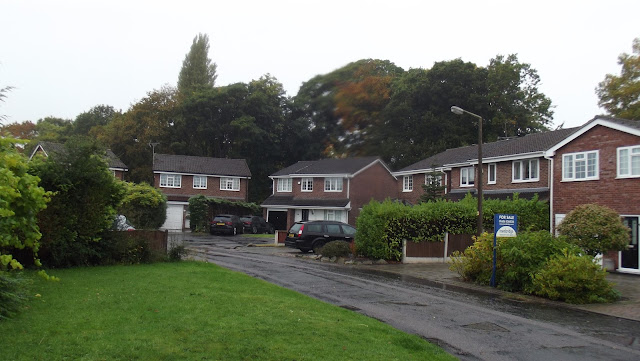 Incidentally, according to the deeds to our house (which we only managed to snatch a brief glimpse of before passing them on to our solicitors), the housing estate which includes Whitley Close was originally intended to be called the Woodlands Estate, a rather obvious and uninspiring choice of name which, dyed-in-the- wool Middlewichians will understand, might have been better applied to Glastonbury Drive and Malmesbury Close and other roads in the more recent Nantwich Road development.

But the name 'Woodlands Estate' never caught on - indeed, the mention of the name in those deeds was the first I ever heard of it.

In the 1980s some people were pleased to refer to the housing developments clustering around Middlewich Manor as 'the Manor Estate' or 'the Manor Park Estate' but these names too rather fell by the wayside over the years.

So too, thankfully, did the ludicrous 1980s practice of calling our ancient town 'the village', a crime for which I once, quite justifiably, proposed the death penalty.

Be that as it may we have had eighteen happy years in this lovely part of town and will miss living here.

Now it's time for us, and the Middlewich Diary, to move on to pastures new.

Our new HQ is situated in a much older part of the town.

Rest assured, our study of the rich and endlessly fascinating history of Middlewich, together with our untiring efforts to promote the very best of what's happening now in the town will continue, as we settle down right in the heart of things.

So, it's a fond farewell to Whitley Close and a big HELLO to...