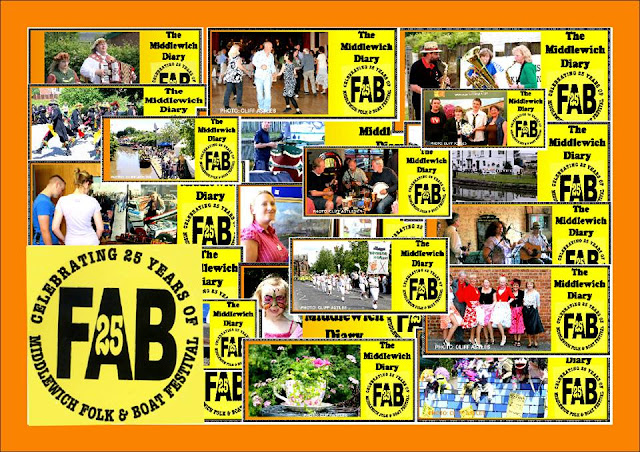 In 2015, when Middlewich FAB Festival celebrated its 25th Anniversary (the 2001 Festival was cancelled because of a foot & mouth disease outbreak) the Middlewich Diary created a series of special Mastheads using the Festival's anniversary logo (with the name 'Middlewich Folk & Boat Festival' temporarily revived for the occasion) and photographs by Cliff  Astles showing various aspects of the festival and just a few of the people involved in this amazing event.
This colourful montage shows the mastheads, which were changed daily in the run-up to the start of the Festival on June 19th.