BEFORE THE MIDDLEWICH DIARY: PIAZZA PROTEST 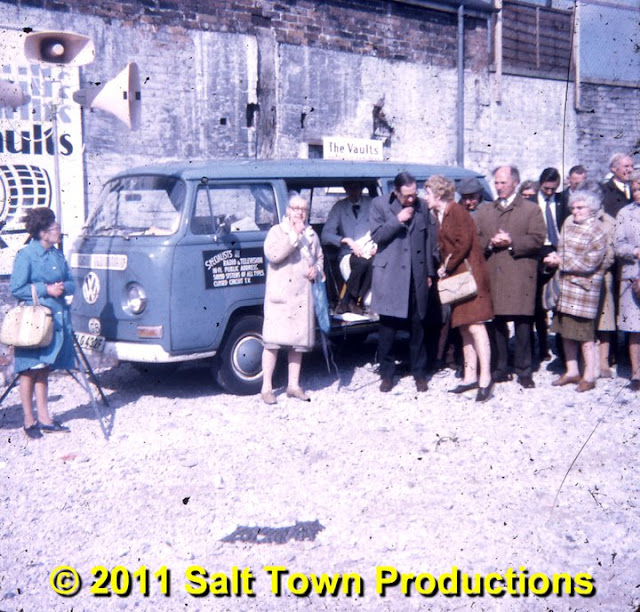 Before the Middlewich Diary and its predecessor the Salt Town Site came along, we posted photos and their descriptions direct to Facebook. Here's one from April 2011:


It is September 1972 and the people of Middlewich are up in arms about the replacement of the Town Hall, and the row of shops adjacent to it, by what was called 'The Piazza'; a monstrosity which could best be described as a kind of pink, yellow and white concrete blancmange. The buildings which this woeful concoction replaced at least had a kind of sombre dignity, and it's little wonder that people objected to the change. The protest meeting is taking place on what is now the car park of The Vaults (note the trendy 1970s 'Vaults' sign) - shortly before this it had been Dewhursts the butchers and a private house).I think the gentlemen with the smart grey coat, who appears to be in charge (to the right of the lady speaker) is 'Mac' Telfer, an excellent and much-missed Middlewich councillor. The gentleman with the clasped hands wearing a fawn raincoat also looks familiar, but I can't recall his name. To his right is, I think, Mr Stott the Chemist. Anyone recognise any of the others? We will be hearing, and seeing, quite a bit more of The Vaults on our journey into Middlewich's past. The pub has an interesting history which, I think, has been obscured by its recent 'youngster's pub' image. It has been much altered over the years and is a lot older than many people suppose.

Geraldine Williams  Is the gentleman in the fawn raincoat Jim Molloy? 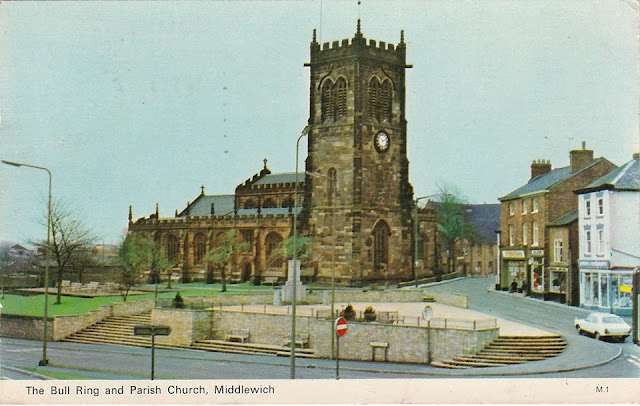 Email ThisBlogThis!Share to TwitterShare to FacebookShare to Pinterest
Labels: BEFORE THE MIDDLEWICH DIARY: PIAZZA PROTEST