IT'S becoming more and more obvious that a full investigation of the subway under St Michael's Way needs to be undertaken, irrespective of whether or not the current flooding and drainage problems can be sorted out in the short term.

I, like many people I'm sure, have been assuming that the underpass has been flooded to such an extent because of a combination of very wet weather and blocked drains.

When you look around the streets of Middlewich you can see that there are many many grids completely blocked and totally incapable of carrying away excess rainwater.

The grids on Newton Heath near to the vets surgery are a case in point.

That underpass has been there since 1972 and Middlewich folklore has it that it was constructed because several MUDC councillors lived on Webbs Lane and wanted an easy way to get across St Michael's Way and into town. 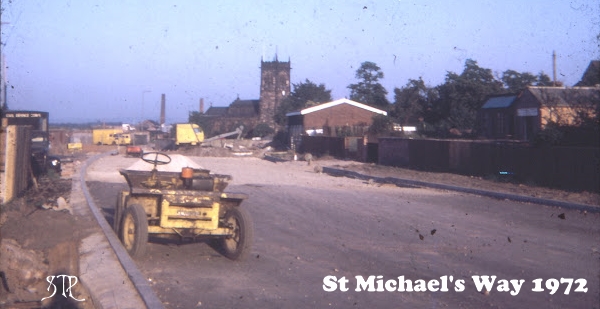 These disgraceful accusations are most probably apocryphal, of course. But whatever the truth of the matter, this pedestrian facility has certainly come into its own in the intervening years, particularly since the developments off Seddon Street.

What's giving me pause for thought is that in almost 50 years I don't ever remember the underpass being flooded. Certainly not to the extent that it has this year.

So, has something changed?


Some have suggested that the building work in Darlington Street may have disturbed something.
Well, here's a chance for the much-criticised Middlewich Town Council to redeem itself and put pressure on Cheshire East, and its contractors, to find out what's really going on with that subway as a matter of urgency

If it's just blocked drains and too much rain, then all well and good.

But if there is something more serious happening, then we all need to know.

29th October 2021
UPDATE 30th October 2021
On Saturday morning, 30th October, a team of contractors arrived at the subway.
Garnet Marshall was there to take photographs and ask questions.
He writes:
I spoke to the man leading the team, a really nice guy who made the time to come talk. He told me that what they are doing today would probably not fix the problem permanently.
But he did assure me that they are now on the case and will find ways and means of doing so.
He will recommend either temporary lights or clear signage to drivers warning them of pedestrians.
He said he would do his best to make sure regular updates are given via the CEC website.
What angers me is that it took a resident to make a call to the right person to make this happen.
Let's thank Janet Chisholm who succeeded in bringing this matter to the attention of the right people.
Garnet Marshall 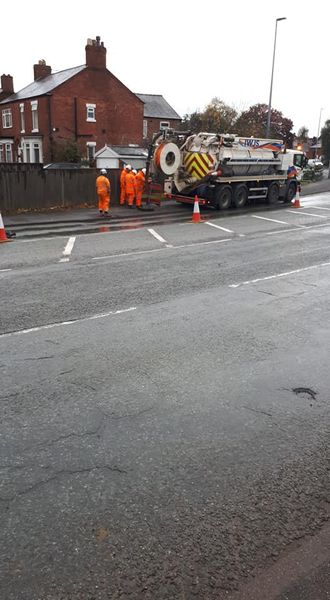 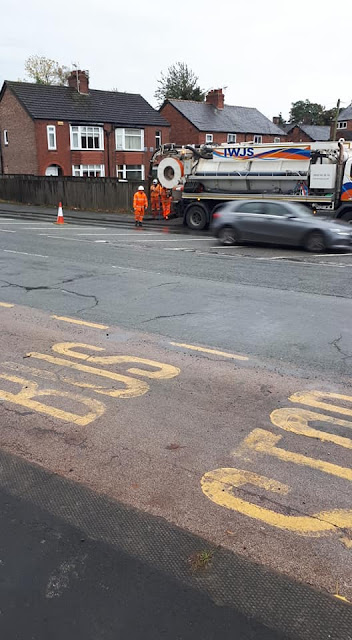 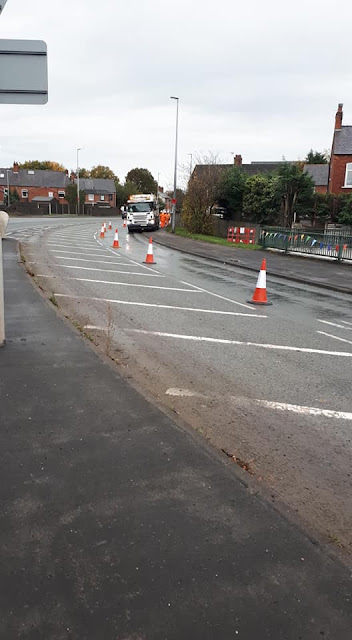 Following the intervention by the impressive looking team of engineers and what we assume is some kind of high-tech pumping equipment seen in Garnet's photos, we were hoping that the problem could be solved, at least in the short term, although, as Garnet reports above, there were doubts that it could be permanently solved just yet.

I checked on the subway late in the evening of the 31st October and - to my amazement - found that not only was the subway still flooded, but the problem seemed to have worsened.

Just how much worse the problem was can be seen in these photos, taken by Russell Cooper on Monday 1st November.
This seems to be a much more serious problem than first thought.

Here's an update from Garnet Marshall:
CEC has now raised the issue to Re: Risk of Death or Injury - Flooded underpass in Middlewich. They are now pulling out all the stops to get this sorted as soon as humanly possible. In an email the guy in charge says, 'In the short term I will ask for signs, barriers etc. to be improved and to make it clear that there is a pedestrian crossing not too far away. We will have to get rid of the water so that we can get the camera in to have a look. I’ll make sure that this is given priority'.