Sometimes the most ordinary and mundane subjects are the most evocative, as in this picture from the Paul Hough collection taken in the early 1970s.
It shows the long-vanished block of shops and houses which once stood in Lewin Street opposite Middlewich D.I.Y and the entrance to Wych House Lane.
The fact that the picture is in black and white gives something of a false impression and, if it were not for the brand new Middlewich Library on the right, you might almost take this for a picture from the 50s or even earlier. The other giveaway, of course, is the UHF TV aerial on the first cottage's chimney, which dates the photo to no earlier than 1967.
What is it about that F.DODD sign which induces so much nostalgia?

It's the simplest of shop signs, yet very typical, somehow, of Middlewich. Simple, unpretentious and unassuming.  In later years the shop became Yearsleys, who simply adapted the same sign to show their name.
The house at the other end of the block also appears to have been a shop at one time, but I have no memory of it ever having been used as such.
You'll note that the County Council originally, and very optimistically, placed the plastic letters saying MIDDLEWICH LIBRARY at a much lower level than they are now, making them an easy target for vandals. The inevitable happened, and that's why the letters are now very high up on the wall, underneath the eaves.
Our best guess for the actual year this photo was taken is 1971, as that was the year the new library was completed, replacing the one in the old Town Hall.
(UPDATE: Correspondence from Daniel Preston (see Facebook feedback, below) suggests that 1971 is a bit early. Given that the lettering on the library was only in that lower position for a very short time, we've revised the year to 1972).
Middlewich's new library was a surprisingly early addition to the Lewin Street scene, pre-dating the demolition of the C of E school and Wesleyan Chapel by a few years
Out of shot to the left is The Crown public House (now The Narrowboat), and the whole block of shops and houses seen here has been demolished to make way for a housing development built around a central 'courtyard' (car park) called Longcross Court. 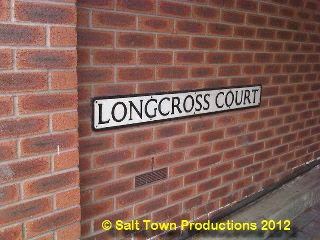 'Longcross', apparently relates to a type of halfpenny coin dating back to the reign of Richard III. I wonder if there is any connection with 'Half Penny Hill' which is just a short distance away?


Here, from the Paul Hough Collection, is a later view showing that the terraced houses were demolished before Dodd's/Yearsley's shop.You may just be able to make out the 'Yearsley' version of the old F Dodd sign over the door. In fact the terraced houses had been demolished so long before the shop  that there was time for the area to be grassed over before the entire plot was cleared and  space made for the future Longcross Court. The shop, however, does not look long for this world, and must have disappeared not too long after this photo was taken. We have ascertained elsewhere that The Narrowboat (after its years as The Danes and The Crown) was established in 1992, so this photo can be dated as no earlier than that year. Was it, though, as late as 2000? We think the year shown on this photo is probably the year it was archived rather than the year it was taken.
Note, on the far left, part of the pharmacy, probably in the days when it was owned by Mr Mistry and before the Post Office branch moved in. We would,as always, appreciate any help in dating this photo more precisely. 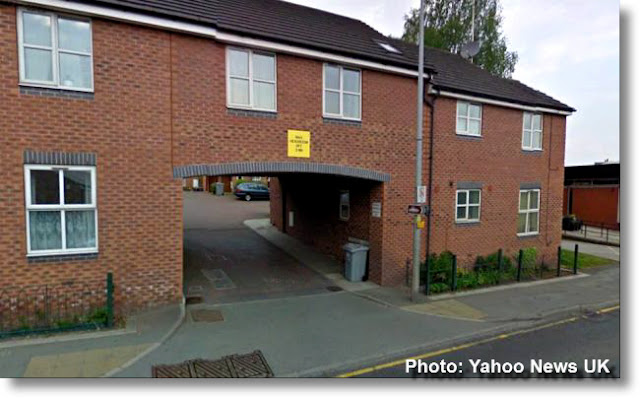 Here's the somewhat uninspiring roadside elevation of Longcross Court, which replaced the shop and houses. The library can just be seen on the extreme right. Although this modern development somehow lacks the charm of what was there in former days, it did manage to get Middlewich into the news in May 2015 after an unfortunate error by an ambulance crew. 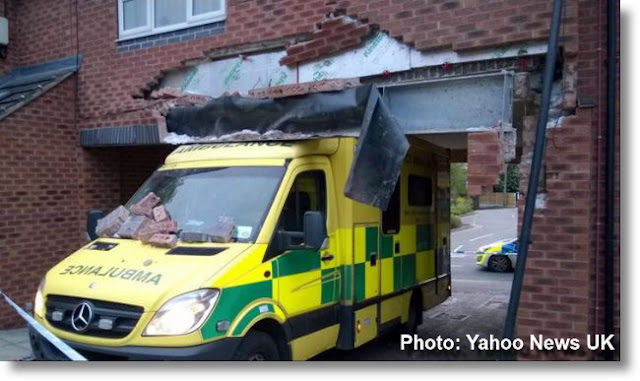 
Robert Sheckleston: The Harvey Nicks of Middlewich. My Mum used to get my school uniform from Fred Dodd's.


Michael Tully: Love the 'Harvey Nicks', Rob. I got my first penny round collar there! Not sure anyone should ever share that...


Daniel Preston: In November 1971 I returned from a stint in the Far East to find Lower Street demolished and a new by-pass (St Michael's Way) carving its way through Middlewich.
The coin of the realm had been replaced by pence and an school friend, Peter Britland, was working on the building site for the new library.
He said he hadn't seen me around for a while. I told him where I'd been.
He said he thought my neck was a bit red.
Just some of the things I recall from November 1971.
If my recollections about the building of the new library are correct, then this photo must have been taken some time after that date.


Dave Roberts: Thanks, Daniel. That would seem to push the date of this picture back to sometime during 1972.


Geraldine Williams: I'm pretty certain that all our menfolk hired their wedding gear from Fred Dodd's for our wedding in 1961.