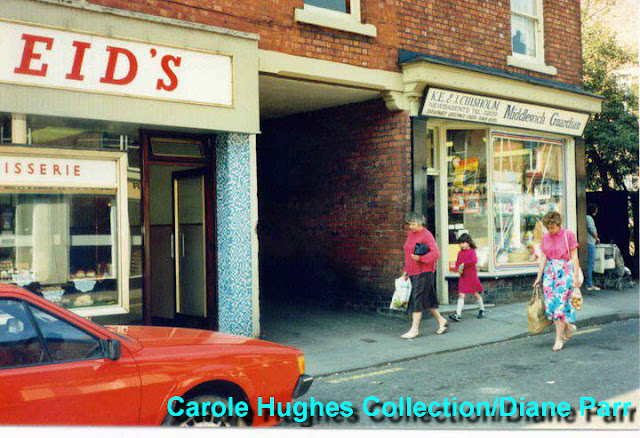 by Dave Roberts
Another of Carole Hughes' collection of photos of Middlewich shops twenty-five years ago, taken by her friend Diane Parr.
We've been thinking about publishing this one for a while, and our theme was going to be something along the lines of: 'here are two businesses which are still going strong twenty-five years on'.
However, another one of those shock developments which seem to be a feature of the Middlewich shopping scene these days has put a whole new complexion on this now vintage scene.
Ironically, on Saturday 30th June, on the very day that the Artisan Market hit town, bringing hopes of a revitalisation of Wheelock Street as a shopping area, Mike Jennings was passing Reid's shop and took this photograph:

A different colour scheme, and a very different sign over the shop (In fact I've a very strong feeling that there were a few variations on that sign between 1987 and 2012. The small inset window bearing the exotic wording PATISSERIE, however, remained the same.

But what really caught Mike's eye was this notice in the shop's window: 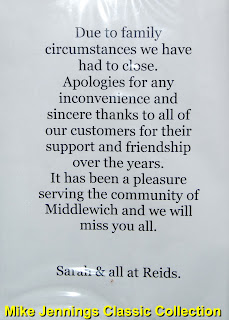 Yet another blow to the Middlewich shopping scene.
There's nothing to be said really.
All we can do is thank Reid's for serving the town so well for all those years and leave you with a few more of Mike's images of yet another piece of old  Middlewich we've had to say  farewell to... 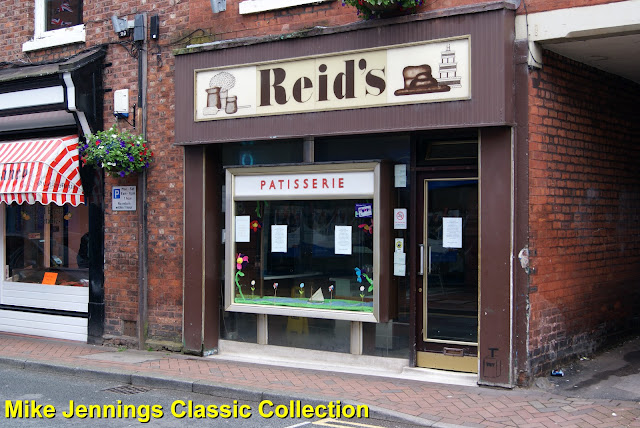 Another Middlewich landmark bites the dust.  I wonder who had the last steak pie?
My Cousin Albert worked there making those steak pies for over 40 years. I must catch up with him to see what his recollections are, and maybe ask him for the recipe? - Mike Jennings 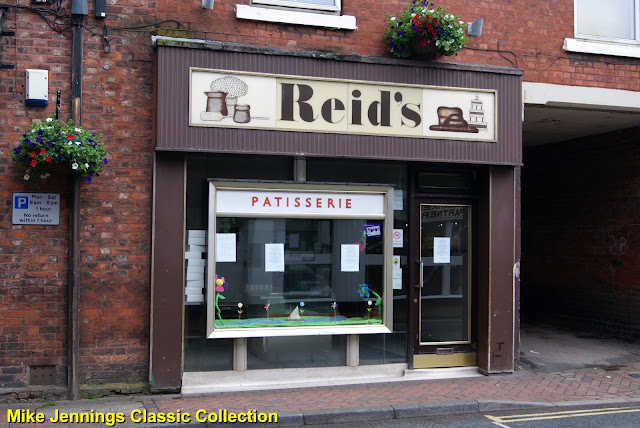 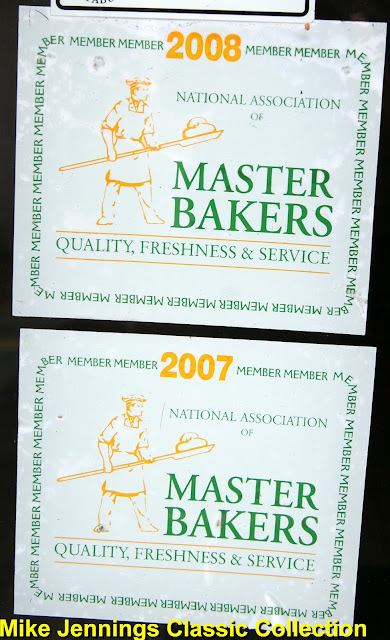 Facebook Feedback:
Sharon Barnard I can't believe it. My brother worked there for years. I worked there myself in 1986-1987. Gutted!

Ruth Duck Oh, that's such a shame. They had lovely stuff for sale. The rhubarb slices were divine.

Wendy Sproston And their Bavarian slices!

NOTE: In August 2012 it was announced that the shop would be re-opening under new management as a gluten free bakery.