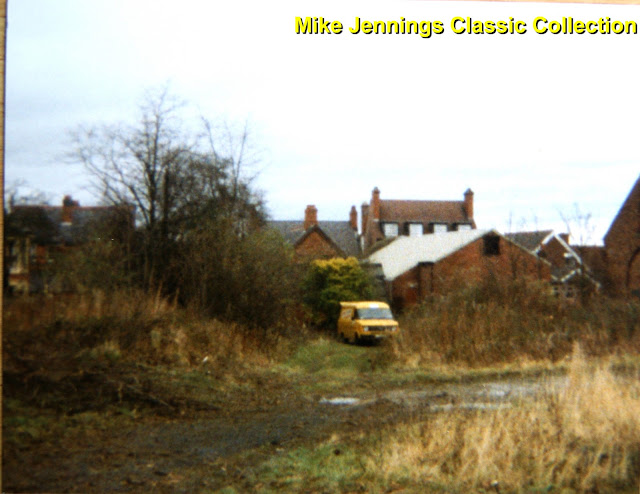 by Dave Roberts
At the beginning of March 2012 Cheshire East Council gave the go-ahead for a  much-enlarged Tesco supermarket on the company's existing Middlewich site between Wheelock Street and St Ann's Road and taking in a lot more of the adjacent land between Darlington Street and  Southway, which is currently given over to housing.
It's fair to say that these plans have caused a lot of controversy in the town, with many people saying that the development is far too large and out of keeping with the character of the town centre and others claiming that expansion of shopping facilities in Middlewich is vitally important for the town's survival and that the new store will be a big boost to existing traders in Wheelock Street, who will benefit from the increased numbers of shoppers in the town.
UPDATE(Dec 2014): In the event, all this proved to be useless speculation, as Tesco later withdrew their plans for the giant supermarket, leaving a huge amount of blighted land right in the middle of town, with no indication of what would, or could, be done with it. As at December 2014 nothing seems to have been decided. The existing Tesco store continues to trade, with empty houses and derelict land in the place where the new store was to have been - Ed
We thought now might be an opportune time to look at the area before it was developed as a Supermarket site in the late 1980s, and, quite fortuitously,  Mike Jennings has sent us a wonderful set of photographs taken in 1987, just as work was beginning to transform  an old industrial site into what has become, for better or worse, the hub of Middlewich's shopping facilities.
In the 1980s the site was more or less just a field with F Coupe & Sons' Orchard Works 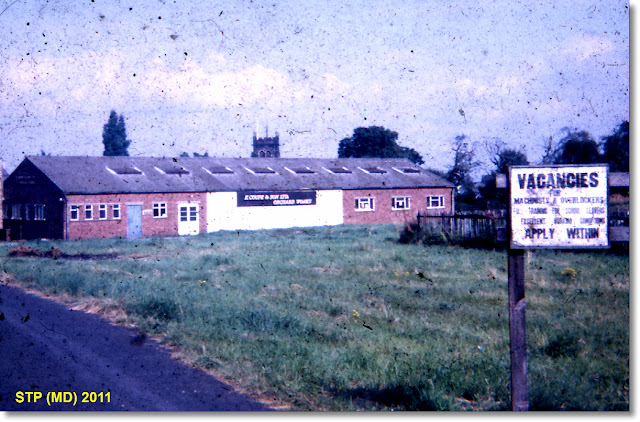 and a few other industrial buildings at the top (Southway) end.
The site had long been earmarked as a suitable site for a supermarket and the Co-operative Wholesale Society (Co-op) had submitted plans on several occasions, only to have them rejected by the Middlewich Urban District Council's Planning Committee who 'wanted to protect local traders'.
Eventually the Co-op reached a compromise and built their 'Co-operative Superstore' not on this site but in the Bull Ring.
That 'superstore' (or part of it at least) has, somewhat ironically, now become one of two Tesco Express shops in the town.
This left the Southway site ripe for development and finally, when the 1980s were more than halfway through, the Gateway store and its associated car park were built on the site.
(I have a niggling feeling at the back of my mind that the 'Gateway' brand was used alongside another name at the time, but can find no trace of this anywhere on the internet. Does anyone remember this elusive 'other brand', or am I imagining things?
UPDATE: Having asked umpteen people and drawn a blank, I've come to the conclusion that I'm probably getting confused with the time when Gateway changed its name to Somerfield and the two names were used side by side for a while. But, as Mike Jennings said when he sent the original photos on which this entry is based, and as we've repeated below, many people in Middlewich still use the name 'Gateway' for this supermarket, whatever its official name might be.)
This was the first supermarket ever to open in Middlewich and it made quite an impact - so much so that, even after all these years, many local people still refer to it as 'Gateway', whatever it says on the building itself.
Gateway was beset by financial difficulties in the early 1990s and began a major re-organisation which included re-branding of the company, and all its stores, as 'Somerfields'.
Thus, in 1994, Gateway Middlewich became Somerfields Middlewich.
Fourteen years later, in 2008, The Co-op (ironically) took over Somerfields and, for a short time, it looked like the Co-op Supermarket which should have been built there in the early 1970s was going to become a reality on the Southway site.
It never happened, as the Co-op sold on the site, together with others, to Tesco, beginning that company's association with Middlewich which, like it or not, looks like becoming even stronger in the future.
The Somerfield store became Tesco in 2009, according to the information we have.
Can that really be right? Is it only three years since Tesco took over the site? It certainly seems a lot longer.
The date of this Office of Fair Trading  document seems to confirm the year:

Mike's picture shows what is now the Southway end of the Tesco car park, with the rear of the Alhambra Chinese Restaurant (at that time a bingo hall) to the right. The tall building above it is Barclays Bank. Southway itself is behind the trees on the left.

UPDATE 1st AUGUST 2018): In July 2018 Tesco announced that it's main store in Middlewich would be closing in August, making the existing staff redundant.
After much speculation it transpired that the firm were creating a chain of cut-price, no-frills stores to compete with the likes of Aldi and Lidl. It seems likely that the Middlewich store will become one of these stores, the provisional name for which is 'Jack's', supposedly commemorating one of the firm's founders, Jack Cohen.