Whenever this celebrated newsagents shop crops up in the Middlewich Diary we always seem to express surprise that it still exists. But it does - largely due, we suspect, to the existence of the flats associated with it and accessed from the rear.
We've discussed the shop in previous entries, notably, of course, in this one in which we first saw that fascinating 1948 shot. 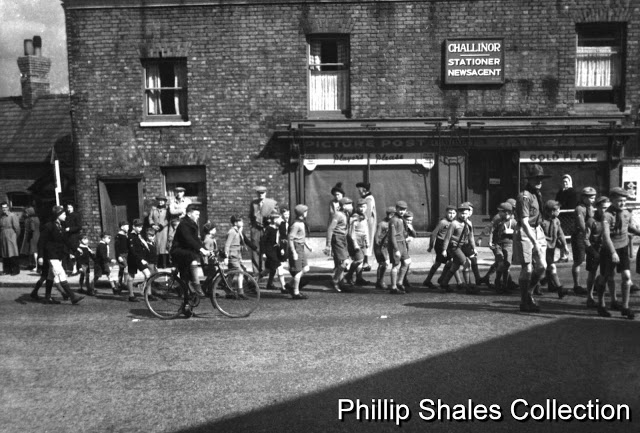 Now, for the first time, we can make a direct comparison between the shop as it was in Challinor's day and as it is now.
The most obvious difference, of course, is the loss of the tiny cottage tacked onto the left hand side of the shop. Before everything was covered with  white rendering it was possible to see signs of the building's truncation in the bricks on the left hand side.

This is clearly visible in the photo below, a full description of which can be found here


On the right hand side, one of the shop windows has  gone; bricked up and with just a small window in its place for ventilation.
As if to make up for this, there's an additional upstairs window where the shop sign once was. This is a fairly new addition, possibly installed to provide more light for one of the upstairs flats.
The low building to the left of the shop has gone, to be replaced by Lex House, once home of Doctors* and Solicitors. Note that there is still a chimney sticking up above the roof of that building, presumably in connection with some modern central heating equipment.
It's interesting to note that there is still Victorian style scrolled decoration on either side of the shop, but close inspection reveals that it is different in each photograph; the 2012 version seems to be longer and slightly more elaborate than its 1948 counterpart.
As mentioned in previous entries, this shop was once the premises of J&M Print, after that firm moved from the basement of the Civic Hall, but, as far as we know, the  'shop' part of the premises is unused at present.

* In 2017 the doctors, at least, were back and  occupying  the whole building

And that was the way things were up until 2012. The problem, of course, with 'Now & Then' features is that 'Now' is a moveable feast. Fortunately, working on the internet enable us to update these diary entries with relative ease, and we're able to show you how things  have changed over the last five years. 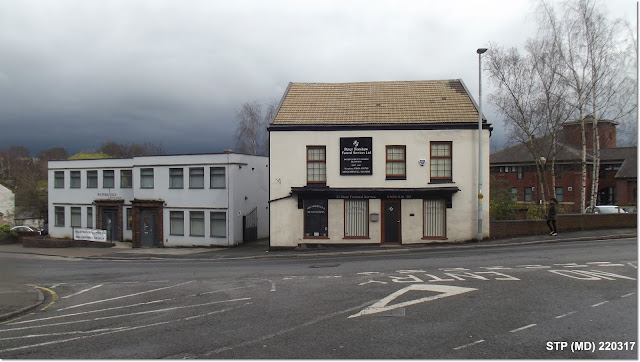 And straightaway we can see that the old shop premises, now occupied by Peter Forshaw Funeral Services, have been altered yet again to suit their new role. To the left 'Lex House' has become the Water's Edge Doctors' Surgery, and to the right, where the old Infants' School, the Wesleyan Methodist Chapel and the Wych House Lane Salt Works and its attendant workshops once were, is the Salinae Centre, set in its own gardens.