This photo from the Carole Hughes collection has all the hallmarks of being taken by a professional photographer, possibly working for the press, and the quality of the image seems to indicate that it was taken either from the original negative or from a very good print.

It dates back to 1969 when the Duke of Edinburgh, seen on the left of the photo, visited Middlewich to perform the official opening of British Salt's new factory in Booth Lane, which replaced all the other salt works in the town and is still going strong today, forty-three years after it opened.
The Duke obviously took the opportunity to visit the nearby RHM Foods Factory (which, until the year before, had been known as Cerebos) and inspect the Saxa Salt packing line.
When Carole posted this photo on Facebook, Robert Sheckleston, Martin Spurr and Andy Kendrick were swiftly identified as being part of the scene and we've no doubt at all that it won't be long before someone identifies others in the picture.

When this entry was first published Andrea Astles added this comment:

In January 2017 Mike Jennings sent us two additional photographs of what we think must be the same occasion (on the grounds that, as far as we know, Prince Phillip wasn't a regular visitor to RHM, and most likely only ever went there once) 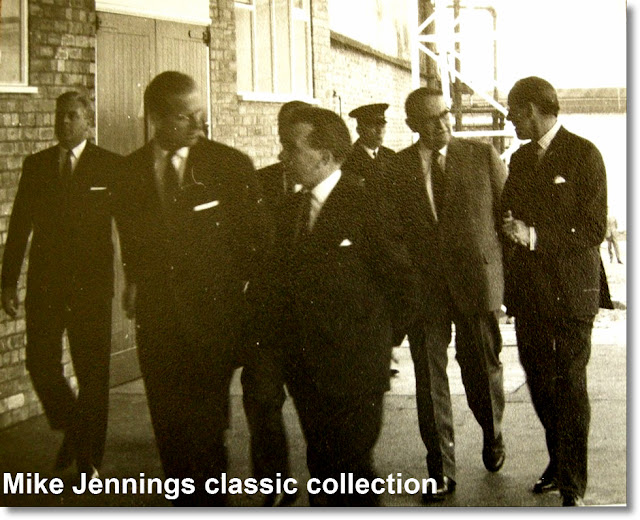 Prince Phillip is obviously keen to learn what's in store for him as he makes his way into the factory. Some of the people with him will probably be secret service men, but some will, no doubt be from top management at RHM and British Salt. Can anyone recognise any of them? 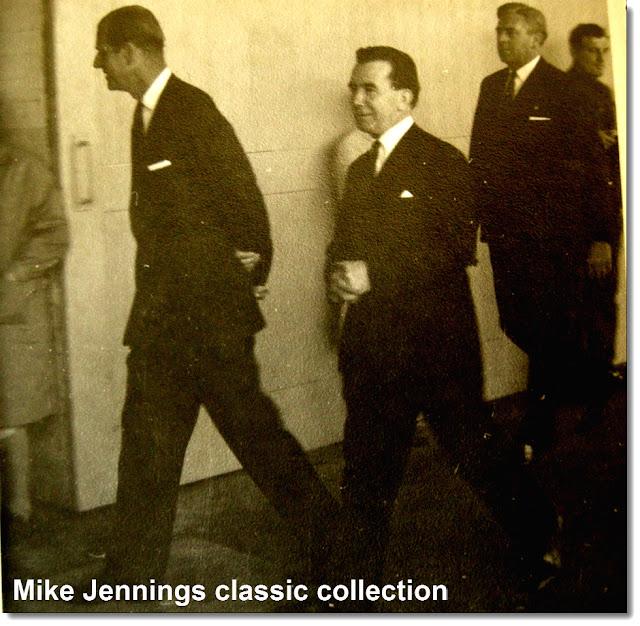 The Prince  can't wait to get cracking on his tour of RHM. Does anyone know who the gentleman to his right is? And who's that bringing up the rear?


Do you remember this auspicious occasion in the life of one of our town's biggest  industries, now sadly defunct?
If you can help put more names to faces, please don't hesitate to get in touch either here or on our Facebook Page. Or you can email us at Middlewichdiary@aol.com

Many thanks to Mike Jennings for the additional photos and to Andrea Astles for her information.

And here's another photo taken on the same occasion, this time from Gaynor Smallwood and reproduced with her permission.
This appeared on the RHM FOODS MIDDLEWICH Facebook Group in March 2017

Photos of, and information on, the Prince`s visit to the adjacent and then brand new British Salt works, can be found on their website