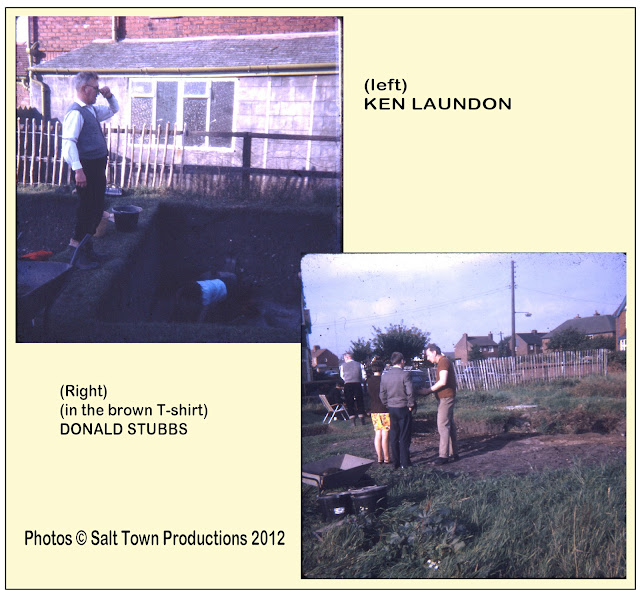 As a follow up to this entry here are a two more slides from 1968 showing a couple of the leading lights in the Middlewich Archaeological Society at that time.
In the top picture we see local schoolteacher Ken Laundon who, at first glance, appears to be scanning the horizon. In fact he is probably doing nothing more interesting than adjusting his glasses, or scratching his nose.
There would be no point in his  scanning the horizon from this location, anyway, as all he would be able to see would be his own house which, as we've already mentioned in our earlier entry, was just on the other side of King Street and a matter of yards away.
The second picture shows the then Surveyor of the Middlewich Urban District Council, Donald Stubbs, apparently explaining some obscure point about Roman history to a couple of youngsters.
The houses to the right of Donald are at the very end of Kings Crescent; the one between him and the combined lamp-post/electricity pole belonging to the Cheshire Constabulary.
Posted by SALT TOWN PRODUCTIONS at Sunday, March 11, 2012