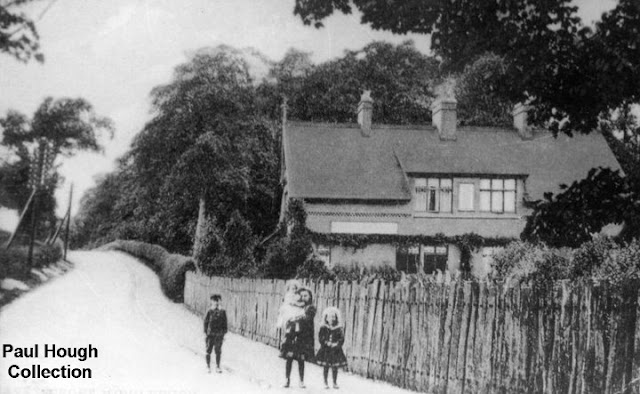 A familiar sight to travellers from Middlewich to Northwich along King Street, Ravenscroft Cottages were built in the mid-to-late nineteenth century to house workers on the estate belonging to Ravenscroft Hall, which  lies a distance away behind the trees in the background, overlooking the River Dane (the bridge carrying King Street over that River is behind the camera at the bottom of the hill).
These cottages should not be confused with the Lodge at the end of the driveway to the Hall, which is at the top of the hill.
King Street is, of course, much busier these days but most of its current traffic in the Northwich direction comes via Centurion Way and the Holmes Chapel Road roundabout, rather than the traditional way from Middlewich Town Centre via Kinderton Street.
Centurion Way and the section of King Street between the Dane Bridge and the Croxton Lane Junction currently form the B5309.
King Street becomes the A530 after it is joined by Croxton Lane further north.
All of which was very far in the future when this group of children took their leisurely stroll down the hill back in the days of Queen Victoria.
Posted by SALT TOWN PRODUCTIONS at Monday, March 05, 2012