GONE, BUT NOT FORGOTTEN - RHM 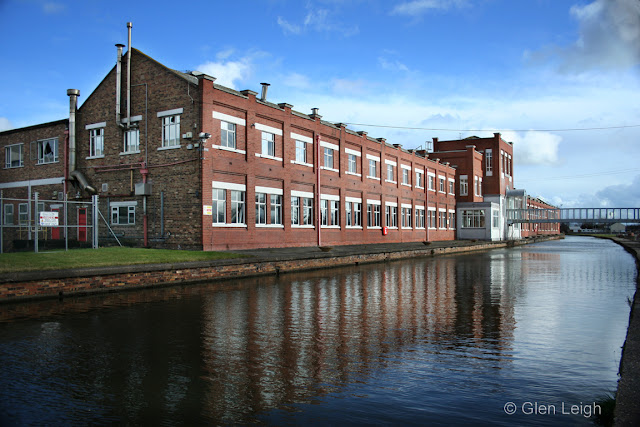 RHM Foods, as it was in 2009, shortly before demolition

A warm welcome to photographer Glen Leigh, who was born in Middlewich in 1970 and has always taken a keen interest in the town and its history.
Glen recently sent us this photograph, taken in 2009, of an iconic Middlewich building which it is still hard to believe no longer exists.
The security fencing seen on the left of the picture gives some inkling of the impending end of the RHM building, by that time owned by Premier Foods who had taken over RHM in 2007 and closed the Middlewich site one year later.
In truth there was a time when it seemed almost impossible to keep up with the acquisitions and de-acquisitions associated with RHM and the name seemed to change on a regular basis, the factory also being known variously as Centura Foods and (after its most famous product) Bisto Foods Ltd.
I'm  not sure in which order these names came - perhaps someone could enlighten us, just for the record?
Now, when travelling from Middlewich to Sandbach, the traveller sees that the  familiar footbridge remains in place but it still, after four years, comes as a shock to find that it leads not to a thriving and bustling food factory, but to a desolate open space, forlornly awaiting  the promised development which, presumably, the footbridge will one day give access to.
UPDATE (27th April 2020): Sadly the rumour that the footbridge was to be retained to give access to some future housing development turned out to be just that; a rumour, and the footbridge was finally dismantled in 2019)
Prior to 1968, when RHM (Ranks, Hovis, McDougall) took over the firm, this building, fronting onto the Trent & Mersey Canal and Booth Lane, was even more iconic, as the home of Cerebos 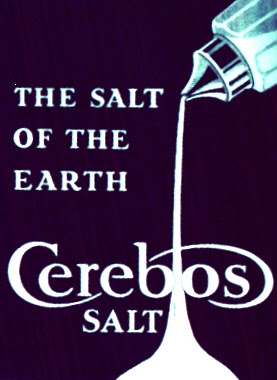 Cerebos were manufacturers of fine table salt, stuffing for your Christmas turkey, and the nation's favourite gravy. 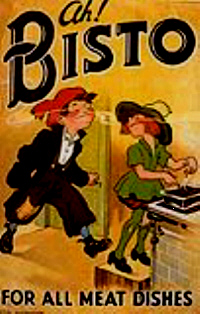 For many years the Bisto Kids were as famous as the gravy they advertised (in fact, they're still going strong today) and they had a long association with Middlewich.
You could even hire Bisto Kids costumes for fancy dress parties from RHM.
When the building was finally demolished Middlewich Heritage Officer Kerry Fletcher managed to save a priceless mural of the kids which once graced the reception area and it can now be seen in Middlewich library, together with information telling the story of their long and illustrious career. 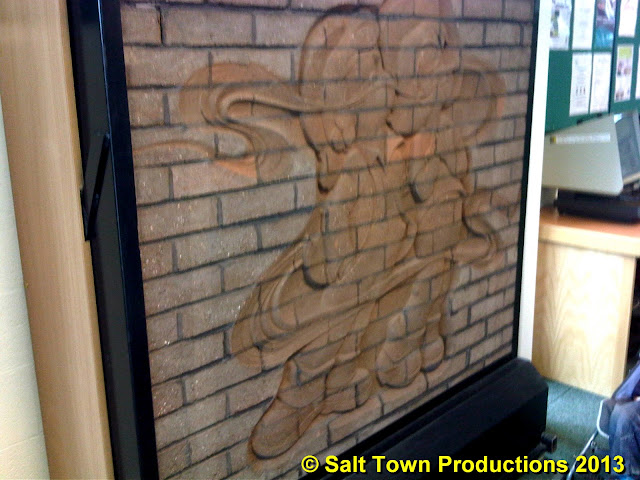 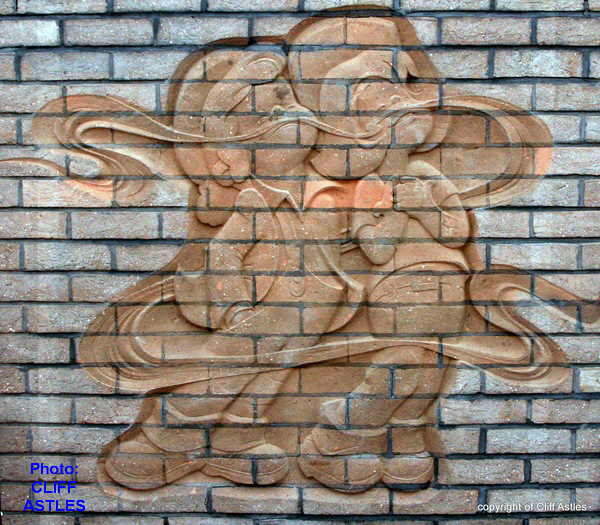 If you've studied the Middlewich Diary at any length (and, I'm told, many people have) you'll know that my Dad, Arthur Roberts, was foreman electrician at Cerebos for many years, having taught himself electrical engineering by correspondence course.
He normally makes an appearance in the Middlewich Diary on Father's Day, but his picture is included here now because of his long association with Cerebos in the days when it had its own generator room producing electrical power not only for the factory but also to feed into the National Grid.

He's here because he had very strong views  about a feature of that now-demolished building which older members of the Middlewich community may remember.
All along the frontage of the building, until some time in the 1960s, were large neon signs proclaiming what the business was all about.
One of them, over the entrance, said CEREBOS in blue neon, and on either side, at intervals, were other brightly coloured electric signs saying SAXA, SIFTA (who remembers Sifta Sam?), PAXO and BISTO.
These were all done away with in the 1960s (I can't recall whether it was at the time of the RHM takeover or before that) and Dad always thought it was a huge mistake on the part of the management.
Because up until that time salt, and foodstuffs containing salt, were what Middlewich had been all about and in Dad's view the Cerebos building, with its neon signs, was as much a part of what made Middlewich the town it was (and, let's not forget, still is) as the church tower itself.
Dad thought that Cerebos was never the same once those signs were taken down. I wonder what he'd think now that most of the  buildings which made up the factory have  gone for ever? 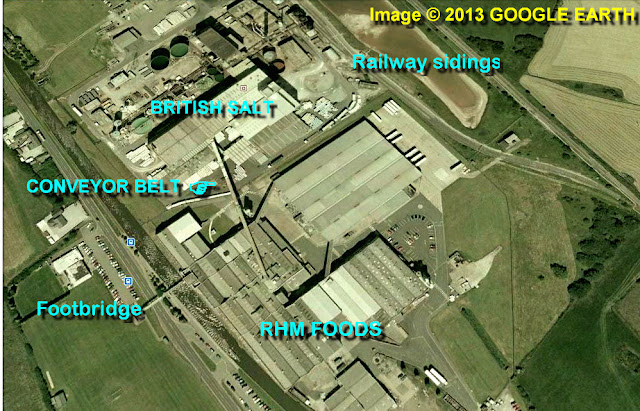 Google Earth still shows the RHM Factory as it was before closure and demolition and it is easy to see why British Salt Ltd was built right next door to it in 1969.
A large conveyor belt can be seen connecting British Salt and RHM together so that salt, which was packed on the premises and was also a a vital ingredient in many of  the products manufactured by RHM, could be delivered straight to the place where it was needed.
In the insane world of modern economics it would appear to make more sense for the salt to be transported hundreds of miles by road (not even utilising the perfectly placed railway line, with its sidings just yards away) to produce Britain's favourite gravy.

UPDATE (JAN 2015) We caught this picture just in time. Google Earth has now been updated and shows nothing but an ugly scar where the RHM factory once stood.

Many thanks to Glen for the photo.

This photo brings back memories.
In 1953 I was the butcher's boy at Dewhurst and from Monday to Friday I delivered meat to the canteen at Cerebos, sometimes before school, or at lunch time. With a large basket of meat I had to climb the stairs and cross the footbridge, climb even more steps and walk along to the canteen, which was on the top floor at the Middlewich end of the photo. Bill

Robert Sheckleston: Sending salt by tanker to Worksop to be packed when you have a supply next door seems a bit silly.

SEE ALSO: 'SEE HOW IT RUNS' 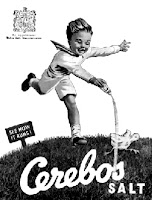