This photograph from the 2011 FAB Festival illustrates another important aspect of our town's most hectic and exhilarating weekend.
From its earliest beginnings in 1990 the festival was seen not only as an important musical event and celebration of Middlewich's canal heritage but also as an opportunity to showcase the town's long and hitherto rather neglected history as one of the famous 'Cheshire Wiches'.
There can't be many British schoolchildren who weren't taught about Nantwich, Middlewich and Northwich and their tradition of salt-making stretching back to a time even before the Roman invasion, so that almost everyone would have heard of our town, even if many of them probably couldn't have told you exactly where it was.
Every year now, thanks to the sterling efforts of  Middlewich Town Council's Heritage Officer, Kerry Fletcher, and the work put in by many volunteers, including members of the Middlewich Heritage Society, the history of Middlewich is displayed and interpreted for the benefit of both townspeople and visitors. 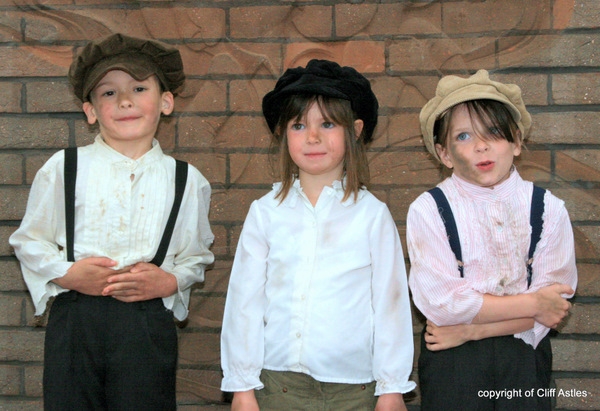 Modern day Bisto Kids pose in front of the mural rescued from RHM Foods when the factory closed in 2009.

See GONE,  BUT NOT FORGOTTEN - RHM 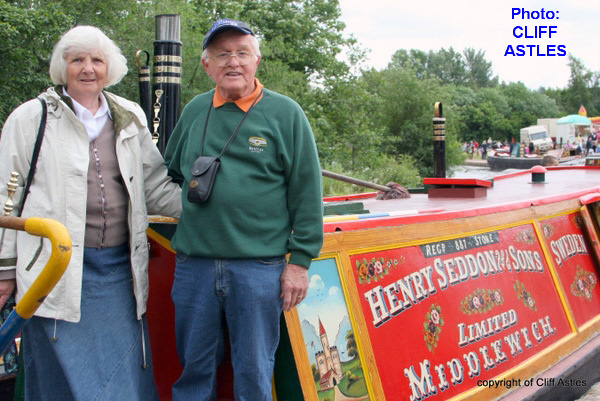 Festival visitors on the Narrowboat Sweden, formerly one of the fleet of boats used by Henry Seddon & Sons to bring in coal and export salt from their Wych House Lane and Pepper Street works along the Trent & Mersey Canal (the Wych House Lane works was situated  to the right of the boat on what is now known as the 'Salinae Field'. Part of the field can be seen above the boat's engine compartment.).
Sadly, since this photograph was taken, Sweden has been repainted in a livery representing a different period of her long life. 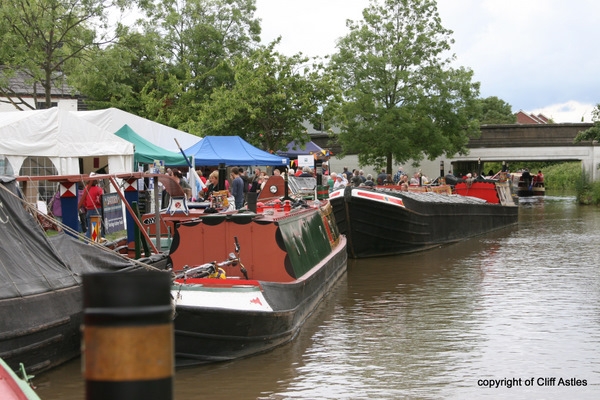 With the Town Bridge in the right background, Cliff's photo shows the scene at Town Wharf a few years ago (one of the wharf buildings is on the extreme left). The wharf and the immediately adjacent Salinae Field are really the point where the 'Folk & Boat' parts of the festival come together; concerts are staged on boats moored by the wharf and stalls and exhibition stands help tell the Middlewich story to Folkies and Boaties alike.
When the 'Gateway To Middlewich' scheme comes to fruition  this part of town will have become even more attractive and welcoming, not only at festival time but also throughout the rest of the year.
(Editor's note: We're still waiting! That line was from the original 2013 edition of this diary entry and in 2015 little has changed as far  as the wharf is concerned.)
UPDATE (JUNE 2018) It's now beginning to look like our long-awaited Town Wharf Scheme is not going to happen at all. Rumours are rife that the site has been sold and that the buildings will be flattened and housing built where they once stood. If this proves to be the case, this will be a tragedy for Middlewich and for those interested in the town's history. 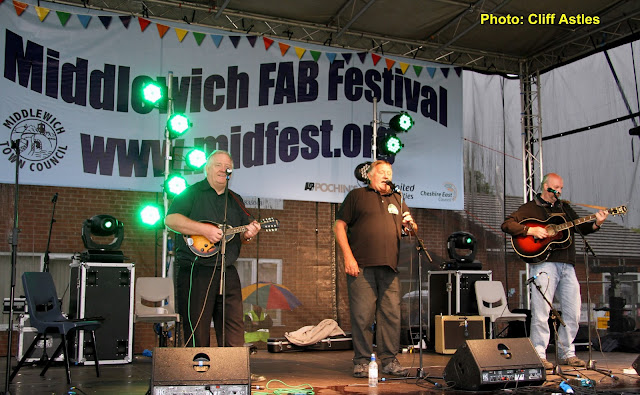 ...and just in case anyone might have forgotten how it all started back in 1990 here are the legendary MIDDLEWICH PADDIES who have appeared at all 25 Festivals through the years.

On the left is Graham Sivills, centre is Richard Devaney and on the right, Dave Thompson, formerly Folk & Boat Festival Artistic Director and now running the FAB Festival on behalf of the Town Council as Events Manager.

The title was changed to 'FOLK, BOATS, SALT AND BISTO' in 2018 because in previous years, Facebook's algorithms had spotted the word 'Paddies' and decide that it was a politically incorrect 'pejorative term' God help us all.

Many thanks to CLIFF ASTLES for permission to use these photographs.

All will be back on display by the end of the year (hopefully!)