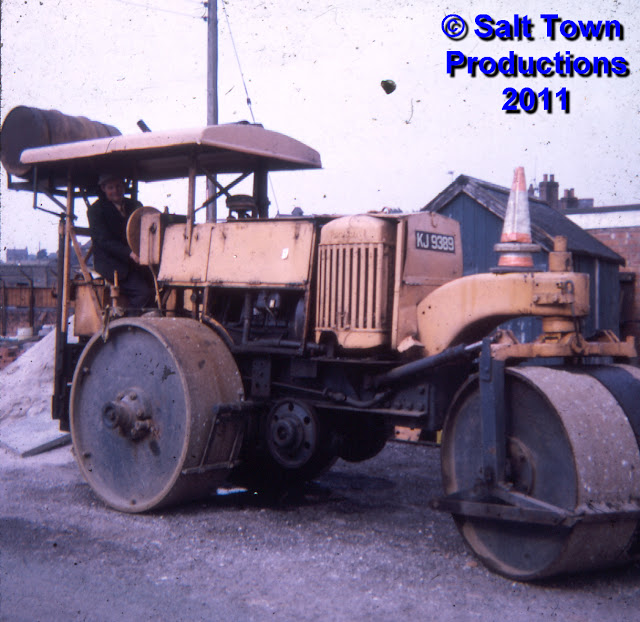 This particular recipient of the MUDC's tangerine and Delft blue livery in 1973 is my favourite and is,quite possibly, unique.

Experts on vintage vehicles might be able to enlighten us. It was originally a steam roller but, according to the story its driver told me, had been converted into a diesel some time in the 1930s.

Certainly it has a sort of home made look about it.

Note particularly the oil drum 'fuel-tank' slung high above the driver and designed to give Health & Safety Inspectors the heebie-jeebies.

Also of interest is the road-cone holder at the front, precursor of all the coffee-cup holders in posh cars to come.

I don't know what happened to this venerable vehicle. Presumably it was scrapped.


This photo was first published on Facebook on 17th May 2011.