THE BATTLE(S) OF MIDDLEWICH (ARCHIVED)


A special commemoration of the Battles of Middlewich which took place during the English Civil War - the first battle on the 13th March 1643 and the second on the 26th December in the same year.

'Civil war in a small town like Middlewich must have been horrifying to its occupants.The townspeople would have been terrified of the men from both sides of the conflict. They were heavily armed and strangers, who no doubt pillaged to satisfy their greed and took advantage at every opportunity.
It is possible to envisage to some extent the confusion and noise in the narrow streets where the cottages crowded cheek by jowl  in the vicinity of the Church and to imagine the shouts of fear and anger as the smoke of the fire engulfed the houses.
But the reality of a town awakened by Civil War on a March morning in 1642 is probably beyond our comprehension.'

The classic account of the battles of Middlewich is contained in Ormerod's History of the County Palatine (1882). 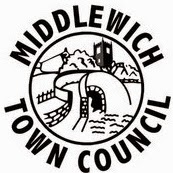 
Editor's Note: Many thanks to Malcolm Hough who pointed out that when this was first published we had the year of the battles down as 1943! As you can see, this has now been corrected....