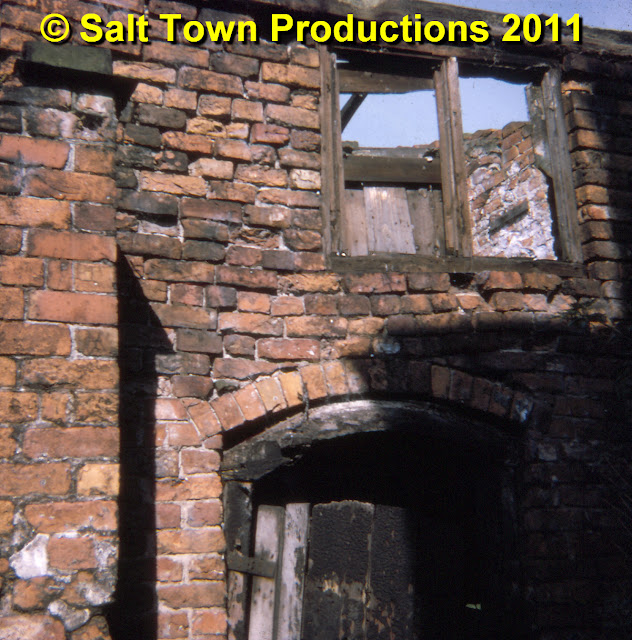 by Dave Roberts
We're fortunate indeed that most of the colour slides I took in the late sixties and early seventies were taken using Kodachrome film. This legendary, and sadly now discontinued, film stock had a look and a feel all of its own which digital photographers of today would dearly love to recapture. In fact I undertstand that finding equipment which will come somewhere near to replicating Kodachrome is something of a Holy Grail for photographers who use colour.
As you will have gathered from looking at these slides I'm no photographer. Most of the slides I took, distinguishable from other people's slides by the square format, are 'middle distance' shots taken, from necessity, in fairly bright conditions with a Kodak Instamatic camera. I did have various push-on filters and a close up lens, but these were rarely used.
But it was the Kodachrome film which saved the day. As can be seen from the slide featured here it could produce pictures with astonishing detail and warm colours, even with a fairly nondescript camera.
The other advantage of this particular film, which I  never realised at the time, was its ability to resist fading. The above picture was taken 37 years ago, but could have been taken this morning . It's been given a little bit of a tweak by CanoScan software to take out some of the scratches but other than that it's just as it was when it was first taken.
We're looking here at an old building which was situated behind Costello's shop in Kinderton Street just before the whole row was demolished in 1974. As far as I can recall, there were similar buildings behind every property, stretching from Costello's to Pool Head Farm. Quite what the building was for, I'm not sure.
Such outbuildings are usually given the blanket term of 'stables' but this, I think, would be unlikely in this case. The passageway between the end of the shop and this building was very narrow and any horse would find it difficult to negotiate. And that old door, which looks to me like it's been there since the building was erected, doesn't look like a stable door. The 'upstairs' window must have been provided to bring light into the building, which, given that most of the row was given over to shops, was probably some kind of storeroom.
Whatever it was, it wasn't a 'privy'. This was tacked on to the end of the shop, as shown here. Dave Roberts
Posted by SALT TOWN PRODUCTIONS at Friday, December 16, 2011

Email ThisBlogThis!Share to TwitterShare to FacebookShare to Pinterest
Labels: 1974, BUILDING BEHIND COSTELLOS 1974