RE-DEDICATION OF THE WAR MEMORIAL NOV 1972 2 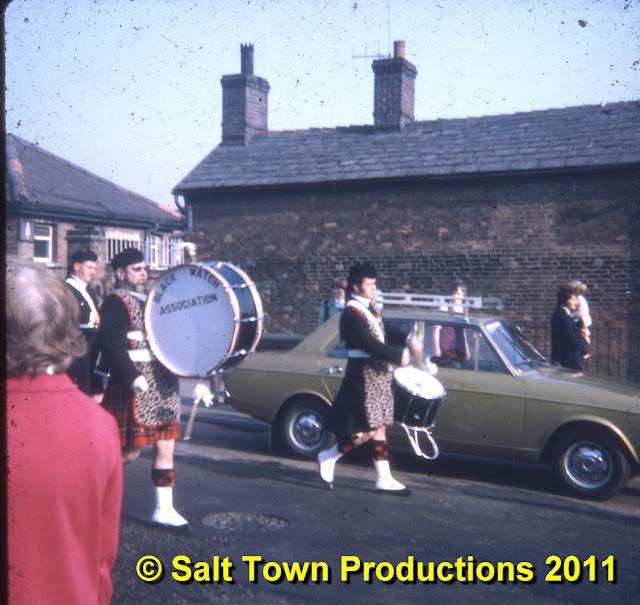 Here we see members of the  Band of the Black Watch Association in Leadsmithy Street at the head of the procession to the Royal British Legion Club in Lewin Street following the rededication of the war memorial in its new position on the 'piazza'.
In the background is the clearly non-whitewashed Wharf Cottage in the days before this, and many other parts of the town, began to be engulfed by uncontrolled vegetation. To the left is the ladies' end of the public conveniences just to the east of the Town Bridge.
The 1970s car in the background is also worthy of note, being a particularly dreary looking representative of the auto-styling of the time.
Assuming that the ceremony of re-dedication took place on Remembrance Sunday, the date would have been November 12th 1972. It hardly seems likely that two ceremonies would have been held that year, although, as always, we are open to correction on the matter. 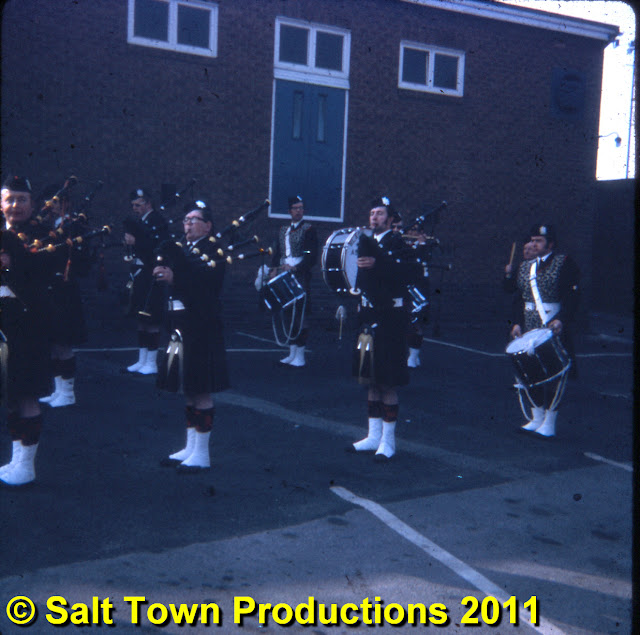 Our second photograph shows the band a short time later outside the British legion Club in Lewin Street.