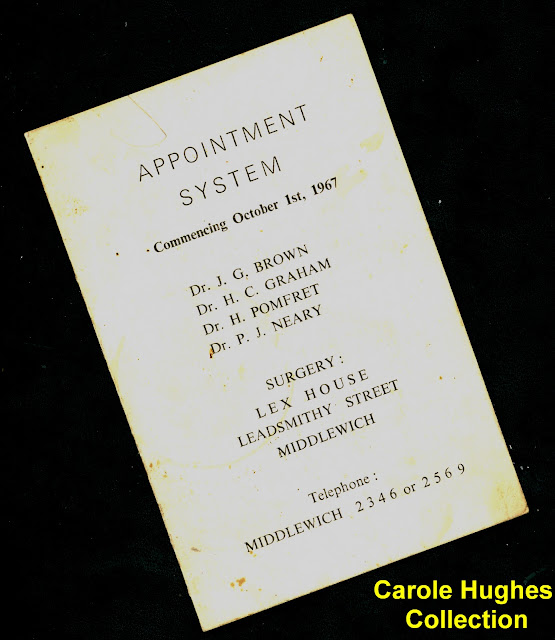 Courtesy of Carole Hughes, another piece of  Middlewich ephemera issued to the people of the town to introduce their new surgery at Lex House in Leadsmithy Street, and with it the new patients' appointment system.
It may sound strange today, but, certainly in the surgery at the top end of Wheelock Street, which has more recently been the home of the Cafe Med, no appointment system was ever in operation. Patients would sit around the edges of the waiting room on old bentwood chairs, enveloped in a pall of cigarette smoke, and decide to their own satisfaction whose turn it was next.
When operations moved to Lex House it truly seemed like the start of a new era in medical care, although, with hindsight, Lex House was not really a great improvement over existing arrangements. As explained in the card, though, the appointment system itself did prevent people having to sit around in the waiting room for too long. 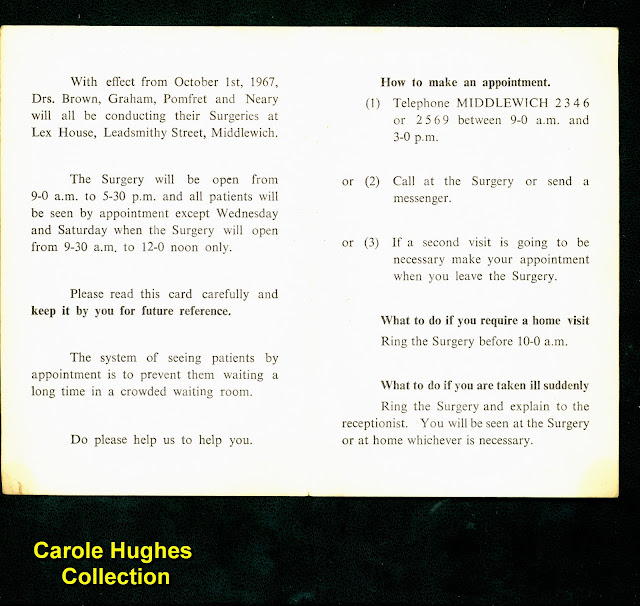 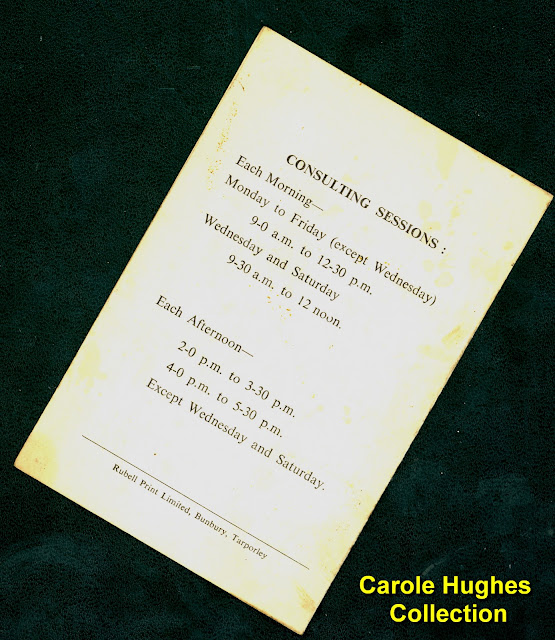 Nowadays, of course, the health of the townspeople is looked after at local level from two surgeries once more: the Acorns Surgery in Wheelock Street and Oaklands (the Middlewich Medical Centre) in St Ann's Walk. Further improvements to health provision for the town are in the air.

Update: In May 2014 the finishing touches were being put to a 'new' surgery in a familiar place to replace the Acorns Surgery.
Lex House was being made ready to become 'Waterside', thus moving the wheel full circle. This time, around, though, the facilities are on a much grander scale with the Doctors utilising most, if not all, of the building. -Ed