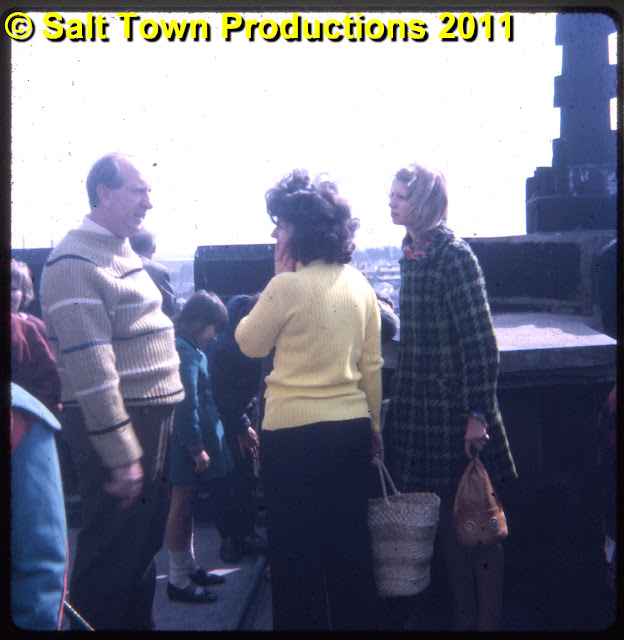 When this picture was first published on Facebook Geraldine Williams told us
that she remembers a school trip to the top of St Michael's Church tower, when the view  included vistas of  steaming salt pans. There was an awkward little jump
which people had to make to actually get onto the roof,and we’re assuming that Health and Safety has put an end to that particular practice, if not to tower visits altogether.
On the left of our picture is George Bailey, the Tower Captain, who was also Choirmaster and organist at St Michael’s.
Shortly before I left the church choir (around 1961) he told me that I was ‘a lazy boy’ who could sing, but didn’t want to, which was very perceptive of him. After choir practice we’d always go to the chip shop in Lower Street (Fish 6d, Chips 3d) and it was there that I first heard the timeless choirboy joke about ‘The piece of cod which passeth all understanding’ from Chris Holdrick. The girl in the check coat lived near us and was, I think, called Wilkinson although I can’t remember her first name. I think she still lives in Middlewich.